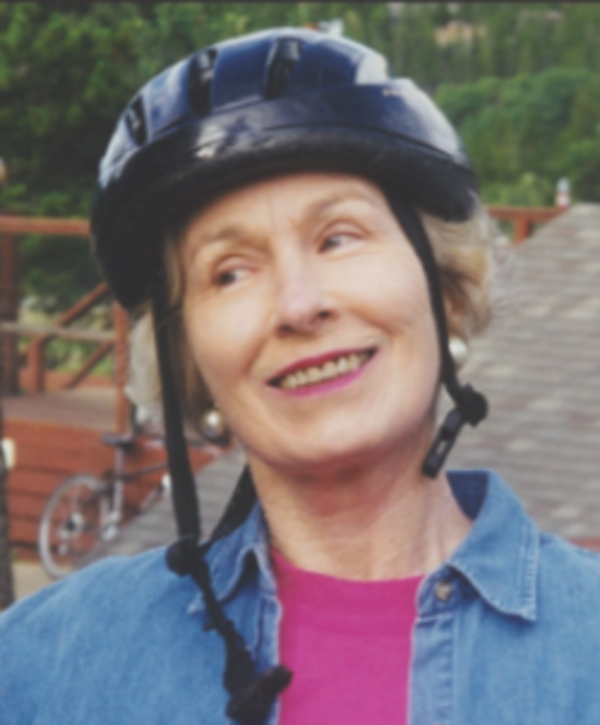 Ann Mahoney Bryce, a pioneer of Oklahoma television, matriarch of a longtime Tulsa family, and widow of Walter Bryce, the founder of Bryce Insurance, died peacefully at her home on March 23. She was 92.

Born Elizabeth Ann Mahoney in Enid on January 11, 1925, she was the daughter of Agnes Conway Mahoney and Albert J. Mahoney. Ann attended Enid High School and went on to the University of Oklahoma, where she was president of the Kappa Kappa Gamma sorority. She graduated from OU in 1946 with a degree in home economics and remained a devoted Sooner football fan throughout her life, with the notable exception of the Barry Switzer years.

Ann was proud of her Oklahoma roots. Her grandfather, Michael Raphael Conway, took part in the Cherokee Strip land run of 1893. He homesteaded a parcel of land near Billings and made an initial home there by digging a cave in the ground. He later built a proper house. One of the bedrooms in the new house had a trap door that opened to the original cave. Michael raised wheat and cattle and went on to become a prominent citizen in Noble County. He was elected county treasurer and helped found a bank in Perry.

Ann was a career woman before being a career woman was cool. Shortly after graduating from OU, she was hired by Oklahoma Natural Gas. The company sponsored “Lookin’ at Cookin’” one of the first shows to air regularly on KOTV after the station launched in October 1949. (KOTV was the first TV station in Tulsa and the second in Oklahoma. WFOR in Oklahoma City was the first.) Ann hosted “Lookin’ at Cookin’” when it debuted on KOTV on December 8, 1949. “Lookin’ at Cookin’” would continue to air on KOTV for the next 32 years and was one of the longest-running shows in the history of the station. (“Lewis Meyer’s Bookshelf” which aired for 42 years, holds the longevity record at KOTV.)

In addition to her duties on KOTV, Ann traveled the state on behalf of ONG doing cooking demonstrations. She also taught what ONG called “kitcheneering classes” that were “designed to help the new homemaker, brides, brides-to-be, career girls, and business women.” In 1950, she went on a blind date with Walter Pierce Bryce, a native of Tulsa, who had served as Marine aviator in World War II. Walter liked to tell of how during their courtship, he would visit the TV station after Ann had been on the air so he could get a good meal. When they met, Bryce Insurance, which Walter had launched in 1949, was struggling to get off the ground. Meanwhile, he said, “Ann had a job, a car, and an apartment.”

In 1951, the two were married in Enid at St. Francis Xavier Catholic Church. Walter wisecracked that shortly after they married, “Ann got pregnant, had to quit her job, and the car broke down, so I had to get to work.” He did. Bryce Insurance grew rapidly over the next few decades to become one of the largest independent insurance agencies in Oklahoma. In 1995, Bryce Insurance was purchased by Chicago-based Arthur J. Gallagher, a global insurance and risk-management firm. Gallagher continues to operate in Tulsa at 1300 S. Main, in the building Walter purchased in 1978.

Ann and Walter were married for 40 years. After Walter’s death in 1991, Ann threw herself into civic activities, volunteering at the Tulsa Library, Tulsa Psychiatric Center, St. John Hospital, and Philbrook Museum of Art. She was an avid reader, a savvy bridge player, and a lover of people. She was a pianist, a touch typist, a letter writer, a grammarian, a list maker, and a taskmaster. She remembered every name, every birthday, every anniversary, and, so it seemed, every single resident of Enid. She was the matriarch of a large and boisterous family. She was a mother to seven children, grandmother to 17, and great-grandmother to nine. Three more great-grandchildren are on the way.

Ann is survived by her children: Richard Joseph Bryce, Eileen Ann Bryce, Walter Pierce Bryce Jr., and Mary Bryce Fox, all of Tulsa, and Robert Michael Bryce, of Austin, Texas. She is also survived by four cherished daughters-in-law: Patricia Nolan Bryce, of Arlington, Virginia, Elizabeth Arp Bryce, and Rhonda Anderson Bryce, of Tulsa, and Lorin Rasmussen Bryce, of Austin, Texas, and two devoted  sons-in-law, Patrick Bruce Connelly and George Lawrence Fox, as well as an adopted daughter-in-law, Rebecca Connelly Flynn, and a favorite nephew, Stephen Harwood Bryce, all of Tulsa. Other survivors include a cousin, Nora Rapp Medley, of Oklahoma City, as well as several nieces and nephews in the Mahoney family: Michael, Jack, Pat, Katie, and Ann. She was preceded in death by two sons, John Conway Bryce, who died of cancer in 1992, and William Edward Bryce, who drowned in an accident in 1984. She was also preceded in death by her brother, James Richard Mahoney of Lakeway, Texas, who died in 2012.

Ann’s family is grateful for the tenderness shown by the caregivers who looked after her in recent months including Marla Wilson, Elsie Thompson, and the staff at Grace Hospice. In lieu of flowers, the Bryce family requests that donations be made to Twelve and Twelve Transition House, Bishop Kelley High School endowment fund, the Marquette School RISE program, or San Miguel School.

A mass in celebration of Ann’s life will be held on Thursday, March 30 at Christ the King Church at noon.