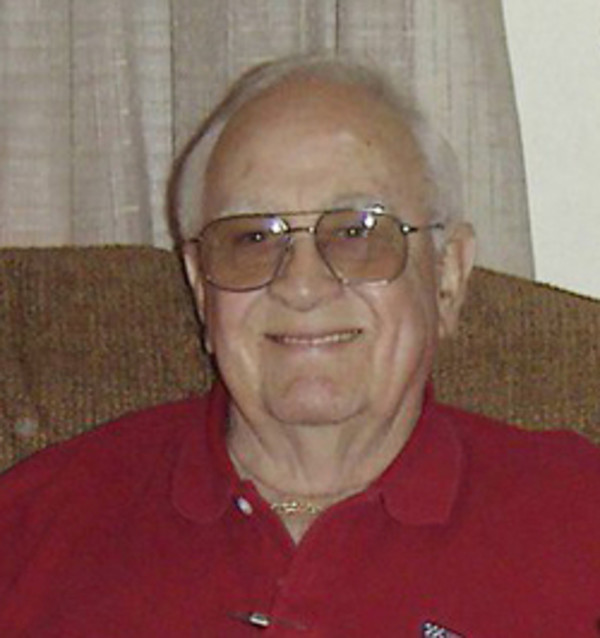 Charles Eugene “Gene” Hembree was born in Tulsa county on May 29, 1930 to parents Frank Monroe and Pearl Etta (Perry) Hembree. His parents were florists who owned and operated flower shops in Sand Springs, Tulsa, and Turley, Oklahoma. Gene graduated from Sand Springs High School in 1949. In March of 1952, he enlisted in the United States Navy where he served his country as a scuba diver and engineman on the submarine USS Rayton, among others, and was honorably discharged in February of 1956. He earned a number of medals and commendations, including the National Defense Service Medal, United Nations Medal, and Korean Service Medal. Upon discharge from the Navy, Gene returned to Tulsa and was employed at Chick Norton Buick, where he met his future wife, Margaret. Gene and Margaret were married in Tulsa in September of 1957, and had 4 children: William Eugene (“Bill”), Charles Courtland (“Corky” or “Court”), Mary June, and Janis Marie. Gene was a caring and loving husband and father with a wonderful sense of humor who always found time to support and participate in his children’s activities and accomplishments despite his strong work ethic and busy schedule. Together, Gene and Margaret encouraged and supported their children’s talents and interests, and proudly attended their many music concerts and recitals, plays, and sporting events. Gene began working at McDonnell Douglas in 1964 and retired in 1993 after 29 years of service both in Tulsa, Oklahoma and Long Beach, California. However, through the years Gene also held a variety of part time jobs, including playing Santa Claus at Sears one holiday season, announcing rodeos, making pizzas at Shakey’s and Shotgun Sams pizza parlors, selling instruments at Roy and Candy’s Music store, making ice and running the Zamboni at Four Seasons Ice Rink, and sharpening skates and selling hockey gear as co-owner of S&H Sporting Goods. His true passion was playing music and performing. Gene was a very talented musician who played a variety of instruments with no formal training, including Banjo, Guitar, Bass, Piano and Button Accordion. He enjoyed performing a wide range of musical styles, including Country, Dixieland Jazz, and German and Slovenian polkas and waltzes. He performed in a variety of venues from corporate events to country dive bars and honky tonks, pizza parlors, Oktoberfests and German and Slovenian festivals. In the mid 1950’s, he was a member of Bobby Bare’s backing band. During the 1960’s, he played with Johnny Lee Wills, Willie Nelson, and Roy and Candy Ferguson, among others. Throughout the late 1960’s, 1970’s and early 1980’s, he played Dixieland Jazz Banjo at Shakey’s Pizza parlors in Tulsa and in California, accompanied on the piano throughout the years by Ron Chandler, Ralph Watson, and Erma Carter. In the 1990’s, he was a member of the local German Polka band, Pete and the Polkatimers. Finally, Gene formed his own band, “Music, Music, Music,” with dear friend and accomplished musician Johnny Joe Zibert, and continued sharing his talent and love of music until his health no longer allowed him to travel or perform. In addition to his love and passion for music, Gene had a variety of hobbies and interests, including some extreme sports like bull riding, racing B-Runabout boats, and waterskiing in his younger years. He was also dedicated to and supportive of youth sports, coaching little league baseball and refereeing hockey. In his later years he enjoyed televised sporting events, particularly St. Louis Cardinals baseball, ice hockey and NASCAR. Gene was preceded in death by his parents, Frank Monroe and Pearl Etta (Perry) Hembree, and his wife of 48 years, Margaret, who passed away in 2005. In 2007, Gene married Alice, and she brought much happiness to his later years, as they enjoyed traveling together to Gene’s band appearances, banjo rallies, and music festivals until his health no longer allowed him to travel. They enjoyed attending church together at Lutheran Church of Our Savior, and participating in activities at the Moose Lodge in Tulsa. Gene is survived by his loving wife Alice, sisters Helen (Melvin) Rippetoe and Janis “Tommie” Weaver; his children Bill (Tracy) Hembree, Court (Barb) Hembree, Mary (Mac) McKee, and Janis Hembree; and grandchildren Beth Hembree, Brenda (Jeremy) Smith, Sara (Ted) Thompson, Bethney Bogan, Shelby Hembree, and Alison McKee, 7 great-grandchildren and a host of nieces, nephews, step-children, grandchildren and great-grandchildren. Donations may be made in Gene’s honor to Clarehouse Hospice, where he spent the last month of his life surrounded in their loving, gentle care. ———————–