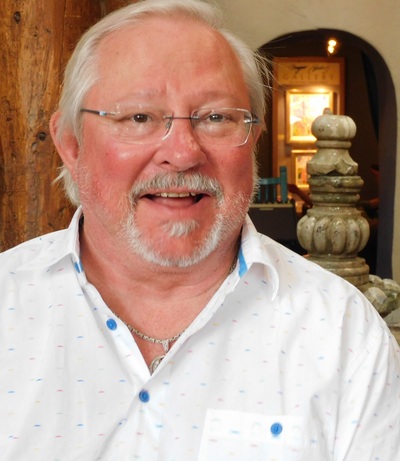 David Robert Carder, 67, passed away on November 10th, 2021. He was born on November 19, 1953, to Shirley (Partrick) Carder and Robert L Carder. David grew up in Norman, Oklahoma, where he received his high school diploma, a Norman Tiger, then went on to graduate from the University of Oklahoma with a Bachelor of Accountancy. He then passed the CPA exam his first try. David worked for KPMG Peat Marwick, making Partner. After leaving Peat he became the CFO for a holding company that owned several banks. In 1998 he became the CFO for Cowen Construction, holding that position until his death. David participated in Leadership Tulsa and Leadership Oklahoma during his career.

David was a third generation OU graduate. Being an avid OU fan, he had season tickets to football games for thirty years. While serving as President of the Alumni Association, he also received the Regents Alumni Award in 1991.

David volunteered for the National Multiple Sclerosis Society for almost all his working career. He served on several local to National committees. He was instrumental in helping to acquire funding for the Oklahoma Medical Research Foundation located in Oklahoma City. He most recently served as Chairman of the Regional Board. David’s contribution to MS is far more reaching than can be expressed.

David liked to play golf, travel and enjoyed photography. He and his wife Debra loved spending time cooking together. Many would even say that he was a master griller.

David was preceded in death by his parents and grandparents. He is survived by Debra, his wife of 37 years; his children: Chris Carder and fiancé Icy Coons of Norman, Oklahoma, Mackenzie Carder of Tulsa, Oklahoma, stepson, James Roberts, and granddaughter, Bree Roberts: his sister and brother-in-law, Paula and Martin Sullivan of Norman, Oklahoma; their son Dylan, his wife Cassidy, and their daughter Slone of Oklahoma City, Oklahoma.

In lieu of flowers his family is encouraging donations to the National Multiple Sclerosis Society. Donations can be given at: www.nationalmssociety.org

Memorial service to be held at 11:00am on Friday, December 10, 2021. The service will be located at Saint John Episcopal Church, 4200 S Atlanta Pl, Tulsa, OK. A reception to follow.