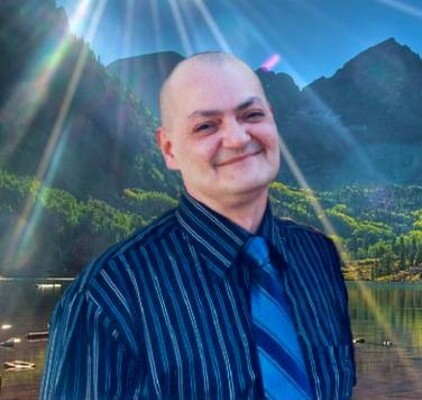 Donald “Howard” Baldwin II, son of Donald Howard Baldwin, Sr. and Patricia Lorraine Baldwin was born on October 8, 1961, in Memphis, Tennessee. He passed from this life on December 21, 2021, in Tulsa, Oklahoma, surrounded by his loving family.

He married his high school sweetheart, Tammy Carr. Howard worked in the optical field. Howard was a sci-fi fan, making everyone in the family watch Star Trek as a kid. He always had a sci-fi book in his hands growing up. Howard also had a love for fishing, reading, and wood working. His most favorite love of all was taking care of his grandchildren.

Howard was preceded in death by both parents and his daughter, Barbra “Sissy” Baldwin, who was almost 5 years old.

Those remaining to mourn his loss include his son, Brandon Charles baldwin and his wife, Nicole; Stephanie Chapman and her husband, Michael; grandchildren: Landon, Emily, Isabella, and JessaLynn; brothers: John Morris and his wife, Carrie, and Dondi Baldwin; sisters: Bobbie Olson, and Donna Mason and his husband Lance; nieces and nephews: Shawn Olson, Justin Dobson, Jon Olson, Jeffrey Olson, Anita McGee, Devin Baldwin, and Patricia Baldwin; as well as a host of other relatives and friends.