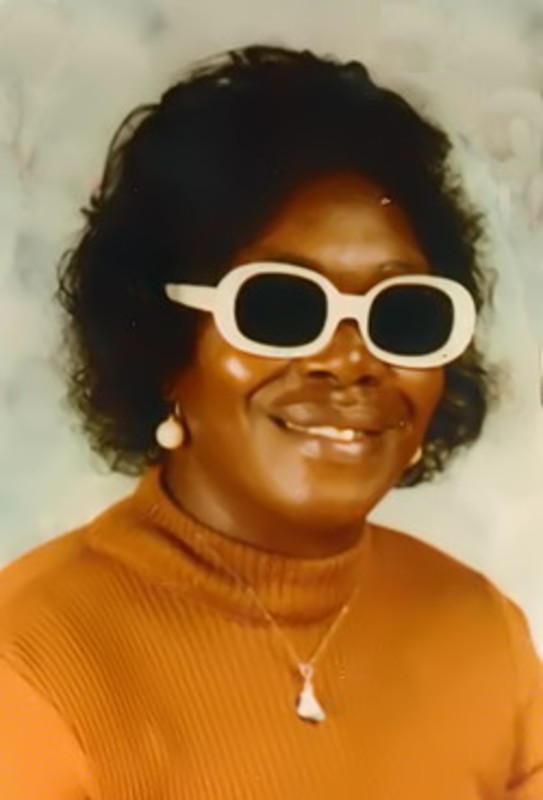 She attended Hooks Public Schools and gave birth to 4 of her children while living in Hooks. She later moved to Tulsa, Oklahoma to be with her Mother and Stepfather. 7 of Earnestine’s children were born in Tulsa and Earnestine’s beloved sister, Doris Jean, always came to assist her after she gave birth to each of her 11 children. Earnestine moved to Wichita, Kansas for a short period of time. Earnestine worked many different jobs in her lifetime. Earnestine was a good cook and often created her own recipes. She also loved to fish, have picnics, and loved animals.

Earnestine met and married the love of her life, Joe Roach. They shared 50 years together until his death a year before God took Earnestine home with him.

Proverbs 31:10 Who can find a Virtuous woman? For her price is far above rubies, the heart of her husband doth safely trust in her do that he shall have no need of spoil. She will do him good and not evil all the days of her life.

At a point in her life, Earnestine decided to follow the Lord and gave her life to Christ. She became a member of Northside Church of God in Christ. First, under the leadership of the late Elder Carl Prather and then Elder Marion Ross, and currently Pastor David Johnson, Sr. She was an active and longtime member and remained faithful at Northside until her health failed her and she was no longer able to attend. Earnestine loved going to church and praising the Lord.