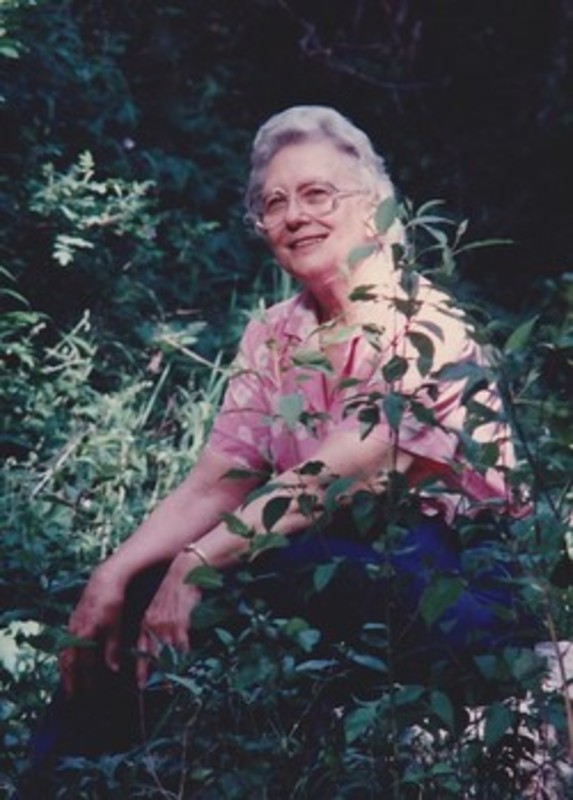 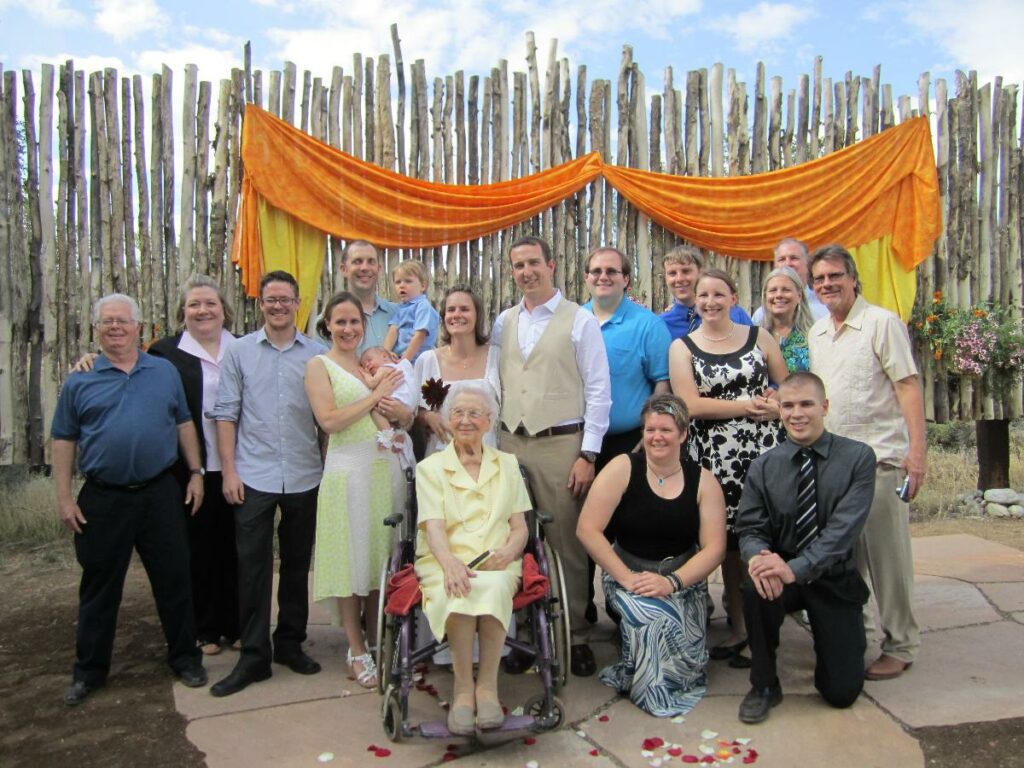 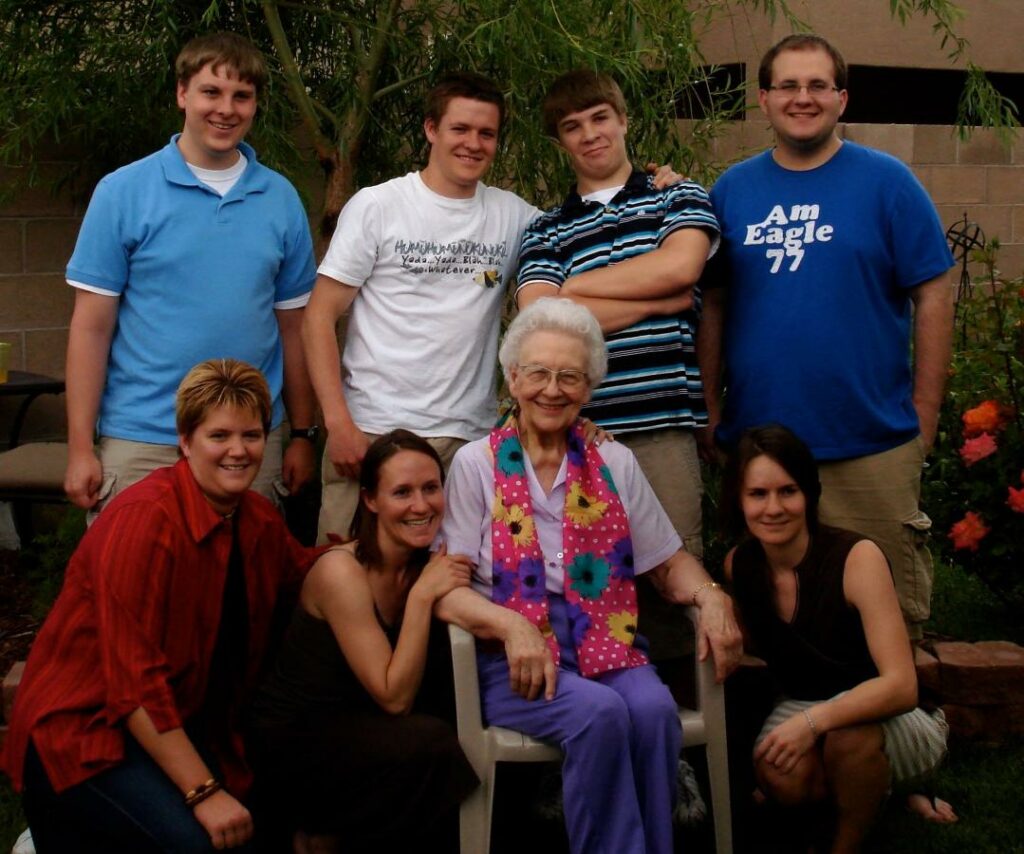 Florence Helen (Henderson) Schupbach was born November 17, 1922 to Naomi and William Calaway (Cal) Henderson in Newton, Kansas. The eldest of four sisters, she grew up on a dairy farm. Her parents made an investment in piano lessons for her beginning at age six, which instilled an enduring love of music. Throughout her life she played the piano as accompaniment to choirs, soloists, and church services. She also played the string bass and played in the orchestra in high school and continued to play at Ottawa University, Ottawa, Kansas, where she received a Bachelor of Arts Degree in Sociology. It was at Ottawa where she met her husband Ted Schupbach.

Ted and Florence were married June 25, 1942. After graduating from Ottawa University in 1944, they moved to Berkeley, California where her husband pursued a Master of Divinity degree. Florence also did coursework at Berkeley Baptist Divinity School before teaching. Volunteer work was a driving force in Florence and Ted’s married life. They ran Vacation Bible Schools for children in the community during their time at Berkeley and felt called to go overseas to do missions work. The two served as American Baptist missionaries in El Cristo, Cuba at Colegios Internacionales from 1948 to 1954. Florence taught second grade there and shared her love of music by teaching it as well. It was in Cuba that Florence had her first three children. Florence and Ted came to Tulsa in November, 1955.

Florence taught Spanish at East Central High School from 1962 to 1982. She sponsored the Spanish Club there – holding firm convictions that the cooking, culture, literature, and history of Spanish-speaking countries was important. While teaching, she also undertook graduate studies at Oklahoma State University, The University of Oklahoma, and Arizona State University at Guadalajara Mexico – completing her Master’s Degree in Education in 1972 at the University of Tulsa. Florence was an active member of the Oklahoma Education Association and Delta Kappa Gamma throughout her working life and after retirement.

She was also an active member of Community Baptist Church from March, 1956 where she served in various offices including Sunday School teacher for a variety of classes (ages 2-92), deacon, and local president of American Baptist Women’s Ministries. She put together many programs about American Baptist mission work in various countries around the world.

In the summer of 1980, Florence and Ted drove over 9,000 miles visiting Mexico, Guatemala, Honduras, El Salvador, Belize, and Nicaragua. She and her husband created a joint Science and Spanish curriculum for the Tulsa Public Schools based on their experiences from this trip. After retirement in 1982, Florence and Ted travelled extensively visiting Spain, Morocco, Israel, Egypt, Germany, Austria and Switzerland, as well as Puerto Rico, Jamaica, and the Dominican Republic.

Throughout their married life, Florence and Ted shared a commitment to helping immigrants. During the early 1960s, Florence and Ted fostered two young Cuban refugees from Fidel Castro’s regime at their home in Tulsa. After retirement she and her husband worked closely with their church and Tulsa-based groups to provide aid, including translation services, for Spanish-speaking immigrants. They frequently hosted students from Japan and India in their home and Florence continued to do so after Ted passed away.

Florence lived at Broadmoor Retirement Community from July, 2007 until December, 2012 when she moved to Oklahoma City to be near her daughter.

Florence was the ideal role model for her sisters, her daughters, and her granddaughters. She was a woman of humility and grace in every life circumstance. She was a woman of great faith who prayed daily for her loved ones and her enemies. She lived a life of great service and teaching, and found joy and wonder in magnificent mountains and small flowers, birds, and butterflies. She loved music and art, and always sought to expand her thinking through her reading and going to concerts and museums. Most of all, she loved her family. We were blessed to have her in our lives, and we will miss her!

In lieu of flowers, contributions may be made to the Schupbach Family Memorial Scholarship Fund at Ottawa University, Advancement Office, 1001 S. Cedar, Ottawa, Kansas 66067 or to the Florence Schupbach Memorial Fund at Community Baptist Church. 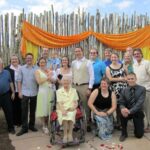 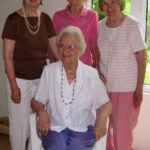 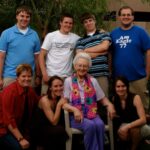