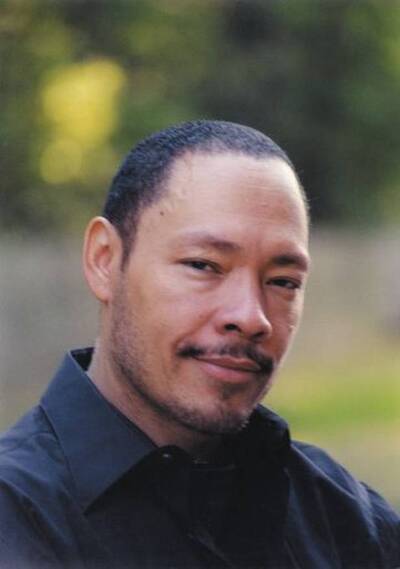 Floyd Cooper Jr., a true inspiration to many souls young and old, was sound asleep on July 15th, 2021 before later passing away, losing his battle with in his words “a horrendous disease” Cancer. “It all happened so fast.” This was the collective expression from our family as the shock of what has come to pass settled in. A relentless award-winning author and captivating illustrator who spent the last 33 years building a catalogue of legacy and feeding the minds of young children across America. From Coretta Scott King Awards/Honors, Golden Kite and Charlotte Zolotow Awards, as well as numerous American Library Associations awards. Not only did he write and illustrate his own stories, but he also brought to life the work of some of the greatest of children’s book authors. His talents have gracefully touched nearly 100 children’s books throughout his career.

Floyd Cooper Jr. was born to the late Floyd Cooper, Sr. and Ramona Cooper (Williams) on January 8, 1956 in Tulsa, OK with native blood Native American ancestry (Muskogee/Creek). Being born into a family that was not exactly “well off”, helped shape Floyd’s endless humility and passion for molding the minds of our younger generations. Being the eldest of 2 sisters Kathy and Robin and a brother Michael, Floyd showed very early signs of his God given talent, and curiosity towards all things art, drawing on the side of his house at the age of 3. From there he didn’t stop and drew himself into a full scholarship at the University of Oklahoma. He would then move on to work for Hallmark creating greeting cards and begin to work with Mark English on some more notable pieces, such as the Native American on the Land O Lakes Butter brand/logo.  Because Floyd wasn’t receiving the credit he felt he deserved he made one of the most pivotal decisions of his career, and packed his bags to move to New York City and begin to work on his own material. Along with meeting the love of his life Velma Cooper in 1984, His first book “Grandpa’s Face” was published in 1988. They would later on marry and have 2 sons, Dayton and Kai. Floyd had a very outgoing personality. He embarrassed and entertained us daily with his quirky jokes and sometimes precisely accurate humor. Being an author as well as an illustrator, Floyd was the ultimate storyteller. He could turn a trip to the grocery store down the street into a short novel and was simply amazing at expressing and illustrating every nuance and detail. All while simultaneously infusing it with his humor. We had a family ritual every time he would return home from a trip where we would all sit down and listen to the atrocities of airport travel.   Aside from all things art, Floyd was very passionate about music, photography and watching movies in the highest quality humanly possible. But more importantly Floyd was a man of foundation and history. He was always very in tune with current events especially those with cultural impact as he used that passion to fuel his illustrations that honor the black community. Floyd was scheduled to become a professor at the University of Connecticut teaching art for the 2021 Fall semester and was also booked to create a full-size mural in the city of Tulsa, Oklahoma in reflection of the Tulsa Massacre of 1921. Floyd was a grandfather to two more sons of Dayton and his Wife Melissa, Niko and Noah in which he became a personal photographer for both. Some of Floyd’s final words to his eldest son Dayton as he squeezed his hand from the hospital bed were “I am coming home to LIVE.” Little did we know those words would have so much embedded meaning. Floyd’s legendary legacy and literature will LIVE on forever thanks to his timeless stories, inspiring illustrations and supportive community.