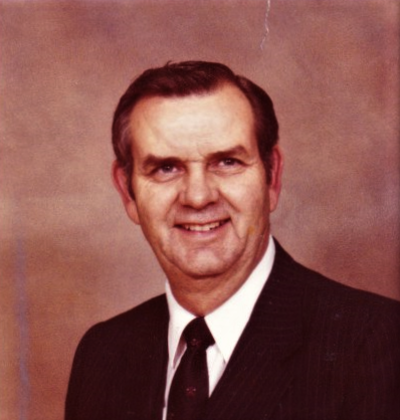 Frank Sam Johnson, Jr. passed from this life to his eternal home on February 3, 2021 at the age of 88. Sam loved life and people, and he brought cheer and encouragement to those around him every day.

Sam was born on August 24, 1932 in Dallas, TX to Frank and Mary Johnson. His loving grandparents provided a strong influence during his childhood, while his father was overseas in military service. Sam attended Sunset High School, and was a leader in his ROTC chapter. After his graduation in 1950, he continued his training at Texas A&M in College Station. He was a proud member of the Corps, serving as a Ross Volunteer, and enjoyed many traditions and lasting bonds with other cadets in the Class of ‘54. Sam earned a Bachelor of Science degree in Petroleum Engineering, and then began his military service at Fort Polk in Louisiana. He married Margaret Ann Bluethman in August of 1956, and they returned to Fort Polk, where Sam completed his service as a First Lieutenant. He was hired by Sun Oil Company in Odessa, TX, in 1957 and began his career in the oil field.

In 1958, Sam took his family to Bartlesville, OK, where he worked for the U.S. Department of Energy for the next 20 years. Sam and Margaret were very active with the Sixth & Dewey Church of Christ. Sam taught Bible classes, directed Osage Christian Camp, and served as an elder there. He also loved spending time playing handball, and was a formidable opponent. He was active in the extracurricular activities of his four children and civic organizations, as well.

At the end of 1978, Sam went to work for INTERCOMP in Houston, TX. While in Houston, he served as an elder at Bammel Road Church of Christ. Racquetball replaced handball as his choice of exercise, and he excelled, competing in tournaments. He worked for several different consulting companies in the Houston area before deciding to enjoy retirement.

Sam and Margaret returned to Bartlesville, OK in 2000. They were happy to be reunited with friends, and enjoyed being in close proximity to 9 grandchildren in Tulsa. They resumed their involvement with the Adams Boulevard Church of Christ. Sam took a part-time job as a greeter for Walmart. He loved being paid to chat with customers and hand out stickers to children. He was presented a corporate award for his excellence in this role. He enjoyed gardening, “piddling around” on his computer, and volunteer work. He became a faithful caregiver to Margaret as she battled Alzheimer’s disease. Sam and Margaret moved to Tall Grass Estates, a retirement community, in 2014. Sam loved the opportunity to spend his days playing games of all sorts. He lost his lifetime love and partner, Margaret, in May of 2015.

In 2016, Sam relocated to Tulsa, OK. He was a resident of Prairie Rose retirement community, where he organized the game calendar and performed with the resident chorus. He finished his days at the Villages of Southern Hills, still playing games, and a favorite of the staff there.

The family is planning a memorial event for a future date. We respectfully request that donations be made in Sam’s memory to Hope Harbor Children’s Home (www.hopeharborinc.org).