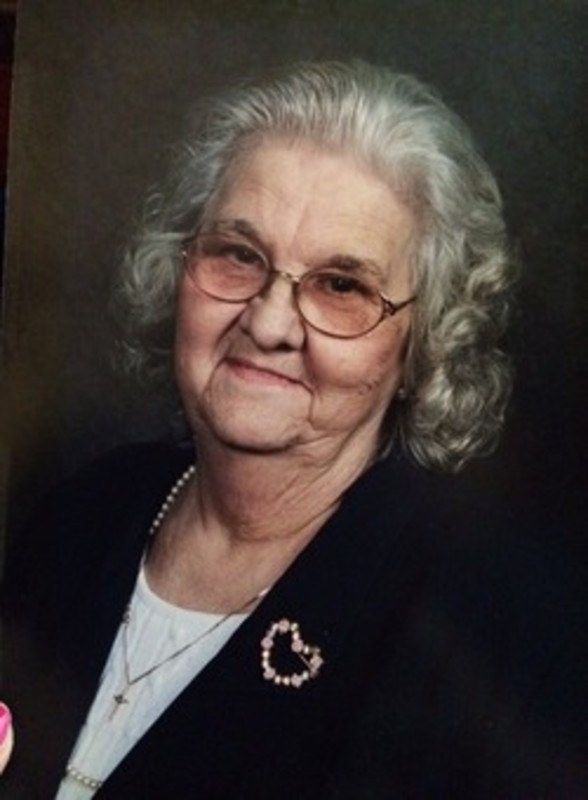 Gladine Fern Applegate “Dean”, 85, of Tulsa, Oklahoma went Home to Glory on Monday, June 20, 2016 from St. John Medical Center. She was born on March 22, 1931 in Peggs, Oklahoma to Robert Gustus “Gus” Littlefield and Lura Viva (Welch) Littlefield. Her mother was widowed as a young woman and went on to raise their four daughters alone. And she did an incredible job, all were in church and as a result so are all of their families.

Dean married her one and only love, Mitchell James Applegate on June 7, 1949 in Tahlequah, Oklahoma at the Tahlequah Courthouse. They had known one another forever and usually double dated with her sisters and their future husbands. She had many stories to tell about those early days and the fun they had.  She was a loving homemaker whose greatest joy was taking care of her family. Dean enjoyed word search puzzles, crocheting, embroidering baby quilts, talking on the phone to her family and friends and listening to gospel music.  She also loved the Dollar Green Tree store, as she called it, and could never pass one by. Gladine will be missed by her many friends, her family and her church family. They will forever miss her stories of the good ole days and her “whisper” even though it was hardly a whisper. And her orneriness. Especially her orneriness. She was truly one of a kind.