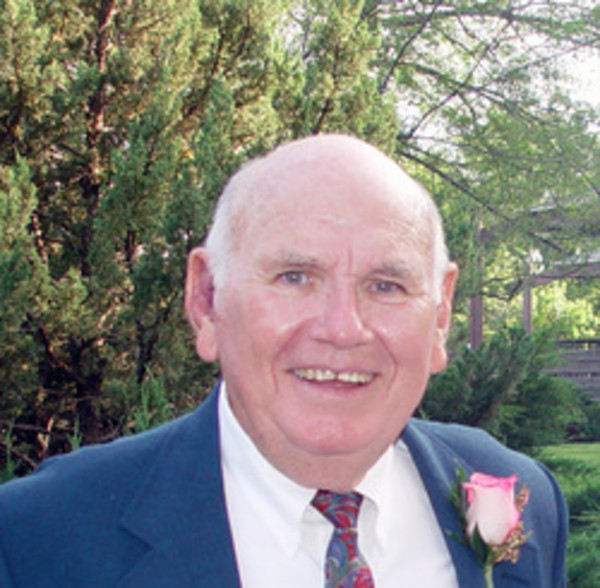 Harry Vernon Goss Jr., 82, died Wednesday, April 6, 2011 at St. John’s Hospital, Tulsa, Oklahoma. He was born November 3, 1928 to Harry Vernon Goss Sr. and Viola Lillian Dunn Goss in Clinton, Custer County, Oklahoma. He graduated from Enid High School. Harry began working at the age of 5 and never stopped. He was a salesman and manager in the hardware industry for many of his working years. He was the Salesman of the Year for Nash Hardware in 1967. Harry moved his family from Enid, Oklahoma where he had lived for 26 years to Fort Worth, Texas in 1962. He built the third and final home for his family in Keller, Texas where he lived for over 40 years. Harry married Helen Dian Hess January 17, 1948 in Enid, Garfield County, Oklahoma for the first time. They were legally married in all fifty states through their 63 years of marriage. He built three homes for his family to live in, the first when he was just 19 years old. He had a wonderful sense of humor, big strong hands, a smile that would light up a room and sparkly blue eyes. He gave unconditional love, support, kindness, strength, gentle spirit, zest for life, passion for adventure, and making his own way. He is survived by his spouse, Helen Dian Hess Goss of Tulsa, Oklahoma. Children, Terry Lee Goss and Laura Suzann Admire Goss of Lake Mary, Florida; Linda Susan Goss and Robert J. Montgomery of Tulsa, Oklahoma; Geary Lee Goss and Susan Willa Schwartz Goss of Houston, Texas; Sherry Lynn Goss Couch and Rodger Don Couch of Kaufman, Texas; Michael Lee Goss and Valerie Ann Martin Goss of Sugar Land, Texas. Grandchildren April Jackson, Amy Brignac and Adam Goss; Chrissy Montgomery, Marcy Jones and William Montgomery; Kacey Goss, Amanda Goss and Brittany Goss; Sarah Parrish and Hunter Couch, and Michelle Goss. Great-grandchildren Luke and Sara Jackson; Madeleine Brignac, Kealani and Liliani Goss; Emily Montgomery; and Kyndall Goss. Sibling Carol Jean Goss Summerall of Woodward, Oklahoma, and multiple nieces, nephews and cousins. Harry was predeceased by his parents and brother J. C. Goss. A memorial service will be held Saturday, April 9, 2011, 10:00 am at the Butler-Stumpff Funeral Home Chapel, Tulsa, Oklahoma.