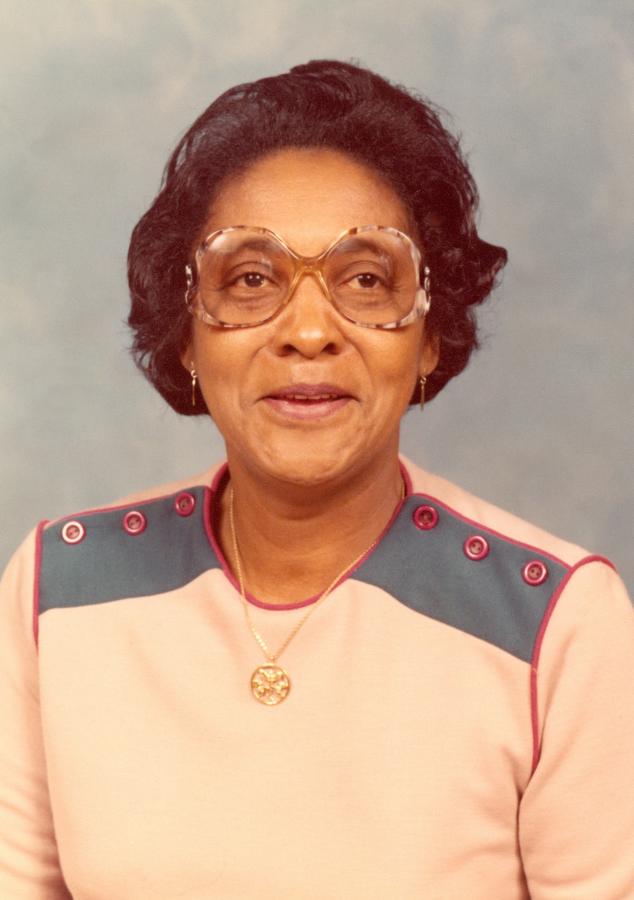 Helen Pocohontas Briddell, the second of four children, was born July 31, 1929 in Salisbury, Maryland to William T. and Elsie C. Briddell. Helen professed Christ at an early age and joined St. Paul United Methodist Church. She attended Flower Street High School and completed her academic requirements at Delaware State College in 1945. She attended Bennett College for Women and graduated from Maryland State College in 1954 with a degree in Institutional Management/Home Economics. Her first child, a son, was born during a brief marriage to Howard Bowen. Later, in September of 1950, while attending Maryland State College, she began a courtship with John R. Emerson and the two wed on October 3, 1953. To this union, four daughters were born. After a short stay in Las Vegas, the two settled in Tulsa, Oklahoma where Helen began her career once her children were school aged. She worked in various capacities including, substitute teacher for Tulsa Public Schools, Executive Director of Camp Fire, and Director of St. John Preschool Learning Center, where she eventually retired. She was a faithful member of Greater St. John A.M.E. church for over 55 years. Before her health began to fail, she served as a delegate to the Lay Biennial and General Conference, Life Member of the Women’s Missionary Society, Recording Secretaryfor the 12th Episcopal District Lay Organization,Conference YPD Director,Conference WMS Chairperson of the Hughes-Life Membership Committee, Annual Conference Secretary, AreaChairperson for the Women’s Missionary Society, church secretary and steward. Her community involvement included: Vince’s Chapter #120 of the Eastern Star, YMCA, Senior Citizens Outreach Program, Senior Companion program, St. Simeon’s Episcopal Home, Oklahoma Board of Election and the Power-Up program. Mrs. Emerson departed this life on Friday, May 31, 2013. She leaves to cherish her memory, her devoted husband of 59 years John R.; one son, Anthony Bowen (Glendola) of Berlin, MD; four daughters, Harriet Johnson of Tulsa, OK; Jackie Weary (Willie) of Tulsa, OK; Janice Love (Bobby) of Olathe, KS; Gregorita Smith (Silvester) of Fort Worth, TX; three brothers, all of Berlin, MD: William Briddell, Rev. David Briddell (Jane), Johnny Briddell (Emma), twenty grandchildren, nine great grandchildren, nieces, nephews, and a host of other relatives, extended family and friends including Pauline Purnell and Cecelia Malone. She was preceded in death by a brother Carlton Smack and her loving parents, William and Elsie Briddell. Condolences may be sent through the guest book on this page.