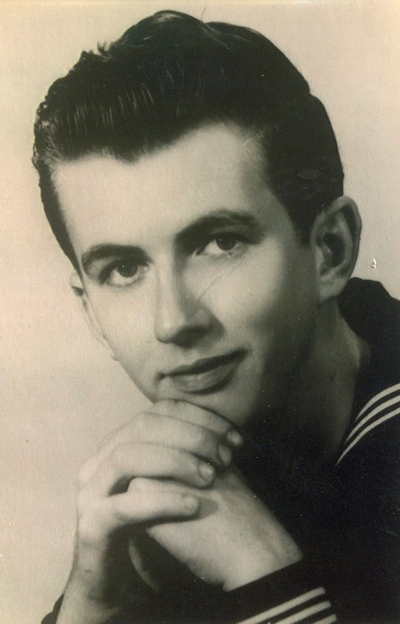 Jerry Milas Davidson, 85, died October 2, 2021 at Brookdale Senior Living of Owasso. He was born October 9, 1935 in Fayetteville, Arkansas, the son of Joe Davidson and Elsie Mae (Hutchins) Davidson. He spent his early youth with his older sister Barbara Jo and parents in Winslow, Arkansas near the Boston Ozarks.

His family moved to Tulsa in the early 1940’s where he was educated and graduated in 1954 from Will Rogers High School. His favorite class was carpentry and shop, completing several pieces of fine maple furniture he personally crafted. During High school he held a part-time job at Lyon’s Indian Store in downtown Tulsa and bought himself a red motor scooter for personal mobility.

Jerry joined the U.S. Navy Reserve during his senior year of high school, and went on active duty for 2 years after receiving his diploma. He served most of his active duty as a yeoman at Pearl Harbor Naval Station on Oahu, Hawaii. Jerry developed his avid life long interests and skills in amateur photography and small firearms target shooting while in the Navy.

Jerry returned to civilian life and enrolled part-time at the University of Tulsa utilizing his educational benefits under the Veterans Administration G.I. Bill of Rights. He also was employed by Sinclair Oil Company and Tulsa County Sheriff Dave Faulkner before beginning his long career with the U.W. Postal Service from which he retired in 2002. Jerry completed his reserve military career and retired as a Technical Sergeant in the U.S. Air Force.

Jerry met the love of his life, Glenna, through a good friend at the age of 32.  They were married on Oct 3, 1972 in Miami, OK and spent 43 wonderful years together until her death in February 2016.

Jerry was a member of The Church of Jesus Christ of Latter-Day Saints where he served in many capacities. In his last few years he enjoyed greeting church members as they entered for Sunday services. He was loved by all!