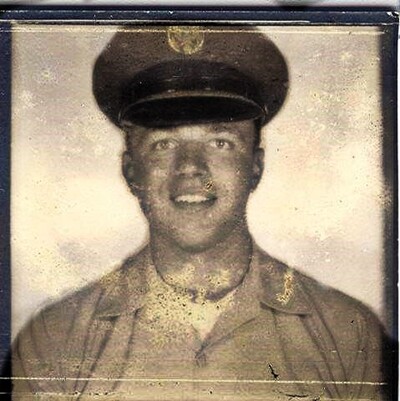 Jim served in the United States Air Force as Military Police during the Vietnam Era. He worked for many years in radio in the Tulsa area which he loved doing.

He is preceded in death by his parents, Leon and Sally Thompson, his brother, John Lynn Thompson, Sr., and his stepson, Dylan Adams.

He is survived by his wife, Jennifer Thompson, his sister, Sharon Thompson, and his stepson, Brock Adams, as well as his step-grandson, KalebAdams of Colorado. Also, his nephew, John Thompson Jr. of California, and great-nephew, Alex Thompson of Florida. His niece Holly Wheat and husband Adam as well as several great-nieces, Erin Washington-Wheat, Emily Washington-Wheat, Abigail Wheat, and Britney Wheat of Tulsa, and Brianna Wheat of Hulbert. There are also many cousins who will remember him with much affection.

He was the oldest of three

and shared a birthday with his niece.

He served his country, and boy was he ornery.

Funny and smart and big kid at heart.

He went by Jim, James, Lee, and Jimmy,

and I’m sure he earned more names for his dear wife, Jenny.

and his voice was made for the radio station.

He had many listeners over the years,

a lot of laughter and maybe some tears.

He was loved and respected by his family and friends.

He will be missed and remembered by an echo in the wind.

Signing off from this life for the one God prepared.

Where he’ll be at home forever, On the Air.