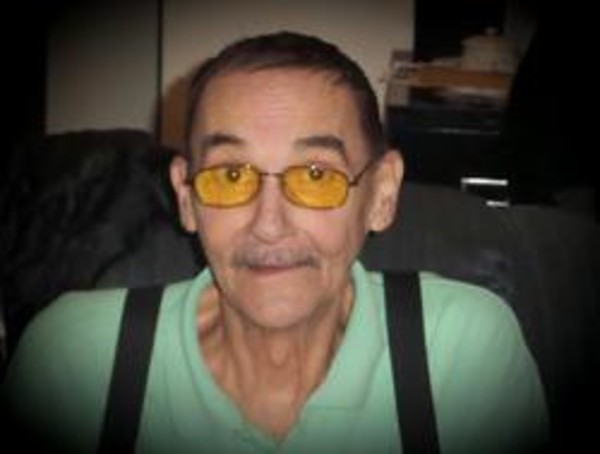 John, Johnny, Dad, Popa, Grandpa Names Used Frequently for John George Popa Born February 19, 1944 in Canton, Ohio to John Z. Popa and Marjorie Pruitt Popa of whom passed when he was at the age of eight. After his mother’s death, John’s father remarried and through the years was raised by Mary Popa, giving him seven brothers and sisters, two are now deceased, Teddy and Danny. We are joined here today by Paul and Vanessa with Tonya,Patty and Dean being here in heart. John grew up in Canton, Ohio joining the Army spending his time of active duty in France. Upon returning home, John attended college to become a barber. Through his marriages during this time John was blessed with three daughters, Sandy, by Bonnie Tiziani and Tina and Regina by Carol Sue Karp. John later moved to California, meeting and marrying Linda Person in August 1969, being blessed with two sons, John Benjamin Popa and Marcus Anthony Popa. In August of 1975 he met Renee Ramsey, later being married in 1976 until 1989 being blessed with three daughters, Anastacia Marie Popa Gideon, Natacia Nichole Popa Rowe, and Nadia Renee’ Popa Snow. Thougout these years John, Johnny, Dad, Popa, Grandpa and now Great Grandpa, fully enjoyed camping,family canoe trips, with an avid love of motorcycles, spending a great number of years enjoying each of these loves in full company of family members. Johns employment areas changed from being a barber to driving a truck, highrise window cleaning and being known as one of the best Auto-Body & Frame Men from the Tulsa area to OKC and even as far south as Dallas. John was known to be “unusual” in his own ways but a loving husband and father. He fully believed in the unity of family and was able to accomplish good relationships through the mothers of his children so they would grow and know their brothers and sisters with gatherings full of love and family traditions carried through each marriage and each child, including children brought into the family through mothers, being a father figure with open arms to Jeff Salisbury, Susan Salisbury Winfrey and Janae Diviney and being completely blessed with huge respect for a friend and family member: William (Bill) Salisbury. John also enjoyed,respected and loved his dogs, also treating them fully as family. Kunya, Echo, Big Jake, Little Jake, Zeus, Sammy and now Ozzy. John had a deep respect toward the value of freedom and his country. He loved his family unconditionally and became a friend you would never forget. He will be greatly missed and definitely forever loved and remembered. John was preceded in death his parents, John Popa and Marjorie Pruitt Popa; Mary Popa; Brothers, Teddy Popa and Danny Popa; and daughter, Anastacia Popa ideon. He is survived by; two brothers, Paul Popa, Dean Popa; three sisters, Tanya Schneider, Vanessa Beadle, and Patty Popa; sons, John B. Popa, Marcus Popa, Jeff Salisbury and Ozzy Popa; daughters, Tina Popa, Gina Popa, Sandy Helmick, Natacia Rowe, Nadia Popa Snow, Susan Winfrey and Janae Diviney. He is also survived by 19 grandchildren and 7 greatgrandchildren. Viewing with be held Wed. April 9, 2014 from 5:00pm till 8:00pm at the Butler-Stumpff Funeral Home. Funeral Services will be held 11:00am Thursday at the Butler-Stumpff Funeral Home Chapel. Interment will follow with Army Honors at the Green Hill Cemetery, Sapulpa, Oklahoma.