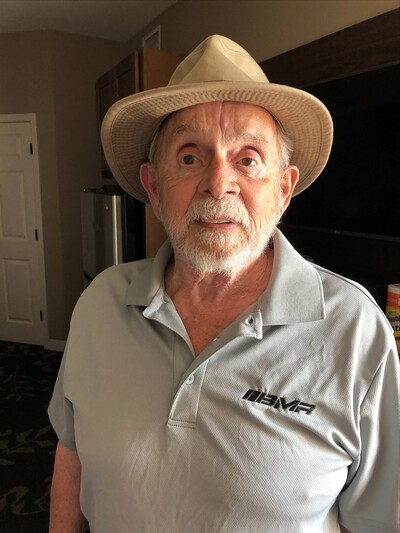 Leon Dean Carter, 79, resident of Tulsa, OK passed away Thursday, February 4, 2021, due to complications from surgery. He was surrounded by family.

He was born December 19, 1941 to Samuel and Litta Carter in Shenandoah, Iowa and moved to Tulsa while he was in grade school. Leon graduated from Will Rogers High School in 1962.

He is survived by wife, Kelli Mommertz Carter and daughter, Katherine Carter and son, Colton Johnson and sisters, Donna Crawford and Shirley Wilhelm.

He married Suzanne Kazbaum in 1967 and they had one child, Katherine Carter and later divorced.

He was an entrepreneur in Tulsa. He owned and operated Conoco gas station at 11th and memorial and was a mechanic all his life. He was the owner of Pinon Mfg. and Carter’s Mfg.

He was most passionate about car racing and was the executive VP of the NRCS, national car racing association. He also enjoyed competitive ballroom dancing. He was a licensed airplane pilot and avid traveler. He loved working in his garage and tinkering with things. He enjoyed meeting friends and racing buddies for coffee on weekends.

Family and friends may call on Wednesday, February 10, 2021.

Celebration of life at a later date due to covid.