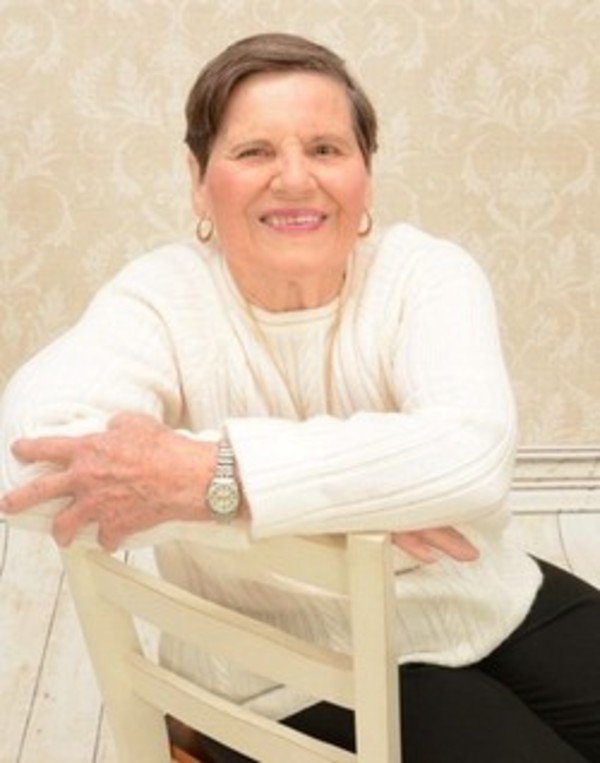 Marie Ruth Martin passed to her heavenly home March 7th, 2019 at Porta Caeli House, Tulsa, Oklahoma at the age of 90.

Marie was born in Brenham, Texas on October 1st, 1928 to Frank and Marie Surovik. She was the youngest of the eleven children born to them. She was raised in the Czech community of Wesley near Brenham.

Marie met her future husband at Brentex Mills in Brenham, and they married in 1953. In 1960 they moved to 20 acres near Independence. The family moved to Brenham a few years later, where they were active in Calvary Baptist Church.

She retired from a factory job in 1993.  She later moved to Tulsa, Oklahoma to be near her daughter and two grandchildren.

Marie enjoyed retirement, becoming active in Parkview Baptist Church. She faithfully oversaw her grandchildren’s attendance and provided spiritual guidance always. Her favorite pastime was the sewing ministry there, and she spent many happy Wednesday mornings with her friends there. The ladies have created thousands of toys and clothing items donated locally and around the world.

Marie also enjoyed vegetable and flowers gardening.  She supported all Texas professional and college baseball and football teams and very much enjoyed watching the games on TV.

The last year of her life she moved to Prairie Rose In Tulsa. She met many new friends that quickly seemed like old friends. Unfortunately, she did not have enough time to enjoy all the card, domino and bingo games she still wanted to play.

A Celebration of Life will be held at 10:30 a.m. Saturday, March 30 at Wesley Brethren Church, Brenham, Texas.