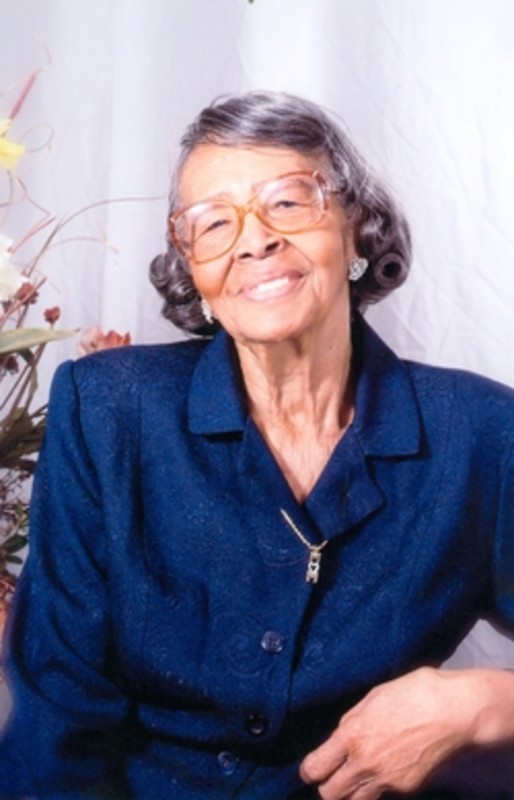 Martha Ree Stephens was born to Mary E. Smith and John W. Smith on March 16, 1926 in Taft, Oklahoma.  Martha was a graduate of Tulsa’s Booker T. Washington High School.  In 1947, she married Delbert Stephens and they had four children: Delbert Ray, Larry, Linda, and Karl. Before joining Antioch, Martha was a long time member of Metropolitan Church (Pastor C. L. West), where she was a member of the choir. Martha worked several jobs before finally making a career as the secretary for Antioch Baptist Church.  Martha faithfully served Antioch Baptist Church from 1968 until her retirement in 2005. During her time at Antioch Baptist Church, she was initially appointed as Secretary and Clerk and took care of Antioch’s financial obligations. In 1990, she was appointed as Financial Secretary; she served in this role until her retirement. In 1971, the Life Preservers’ Club was established and she was one of the sponsors.  She was a member of the Adult Pastor’s Board from its establishment in 1979 to 2005. She also served as Kitchen Coordinator and was a member of the Mission, Sunday School Department, and Sanctuary Choir. She remained a faithful member until her health began declining. Martha was also a Girl Scout Troop leader. Her favorite food was barbeque, shrimp, and ice cream. She was a very busy lady always assisting her family and friends in there endeavors. She was always cleaning and rearranging her house, working in her yard, washing/waxing her vehicles and walking for exercise, as if she wasn’t getting enough. She had a collection of albums, tapes and cd’s of gospel music which she didn’t go a day without listening to. Most of all she loved the lord and all of her family and always showed appreciation to others for their dedication. Martha was preceded in death by her parents, husband, three brothers: John Jr., Richard, and Oscar Smith, five sisters: Jessie Mae Smith, Mary Ferrell, Willie Mae Dozier, Rose L. Smith, and Naomi Hall; a son, Larry A. Stephens; and a daughter, Linda E. Stephens. Martha leaves to cherish her memory: three sisters, Lucy M. Johnson of Charleston, South Carolina, Lorene Brown and JoeAnna McFarlin of Tulsa, Oklahoma; two sons, Delbert (Mary) Stephens of Ashland, Missouri and Karl Stephens of Oklahoma City, Oklahoma, seven grandchildren, twelve great grandchildren, two great great grandchildren, and many nieces, nephews, and cousins  Visitation will be 3:00 p.m. to 8:00 p.m. Friday, January 25, 2019 at the Butler-Stumpff & Dyer Funeral Home. Funeral Services will be 1:00 p.m. Saturday, January 26, 2019, at the Antioch Baptist Church, 110 West 56th Street North, Tulsa, Oklahoma. Her Final Resting Place will be at Crown Hill Cemetery, Tulsa, Oklahoma.