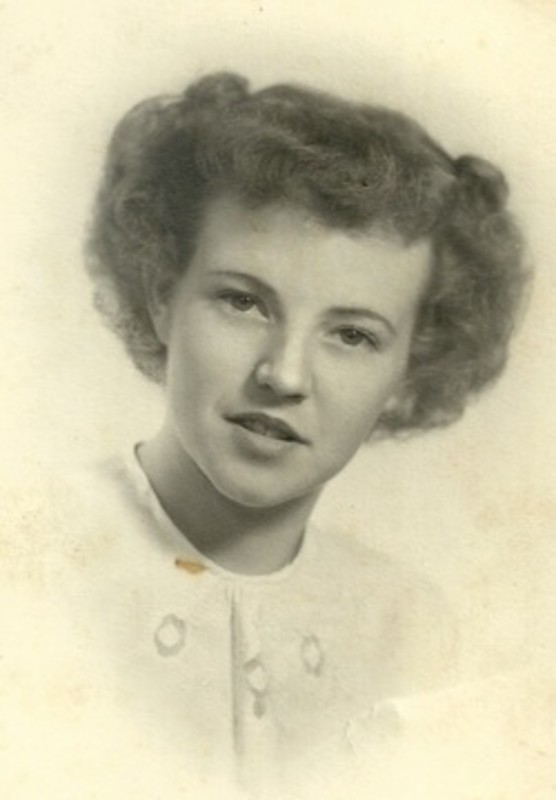 Mary Lou Hagerdon passed away February 3, 2015. Born December 13, 1930 in South Haven, Kansas to parents Delia Lee (Bunker) White and George Wilson White, Mary spent her youth in Blackwell, Oklahoma, graduating from Blackwell High in 1949. Married to loving husband (James) Kenneth Hagerdon for 28 years, Kenneth was known at Conoco as Junior to his workmates. Mary Lou enjoyed a varied career, working as a medical transcriptionist at Ponca City Hospital, as a receptionist for Dr. Thomas Carter, and later as a legal secretary to Rob Galbraith, and Kevin Murphy. Mary was preceded in death by her husband Kenneth in 1977, parents Delia and George White, as well as siblings Sylvia Green, Eunice Longan, Orville Shoemaker, Herbert Shoemaker and Paul Shoemaker. She is survived by one sister, Mildred McCrory of Blackwell, one brother, Merle Gile and wife Dorothy of Las Vegas, NV, three children: Jennifer Fariss (Ed) of Tulsa, Gail White (David) of Broken Arrow, and Kevin Hagerdon (Karen Grose) of Ponca City. Surviving grandchildren are Ashley Waller Campbell (Troy) of Ponca City, Brett Waller (Robbi Coffelt) of Edmond, Nisa Horn Bradley (Truman) of Louisville, CO, Alecia Hagerdon Brouillette (Ryan) of North Smithfield, RI, and Chase Hagerdon of Yukon. Surviving great grandchildren are: Trent Campbell, Jackson Campbell, Norah Waller, Brooks Waller, Maren Bradley, and Alden Bradley. Mary had been living in Broken Arrow with daughter Gail since August of 2014, but was a lifelong Kay County resident. With a beautiful soprano voice she could have performed on stage. Kenneth would often accompany her on the organ, to the delight of the neighborhood. Music was of great importance in the Hagerdon household. A lifetime animal lover, it is safe to say that Mary is now playing peacefully and happily with the many cats and dogs that have predeceased her. A small graveside service led by Mary’s nephew, Rodney McCrory, will be held at the IOOF Cemetery in Ponca City at 1:00 on Monday, February 9, 2015. Immediately following there will be a reception at the Church of Jesus Christ Latter Day Saints at 2408 E Hartford, Ponca City. If you would like make a donation in Mary’s name, the following would be appreciated: Hospice of Green Country, Tulsa; Northern Oklahoma Hospice, Ponca City; or your favorite animal rescue organization. Graveside Service Date: Monday, February 9, 2015 1:00 pm Place: IOOF Cemetery Address: 1040 5 Waverly St. Ponca City, OK 74601-5700