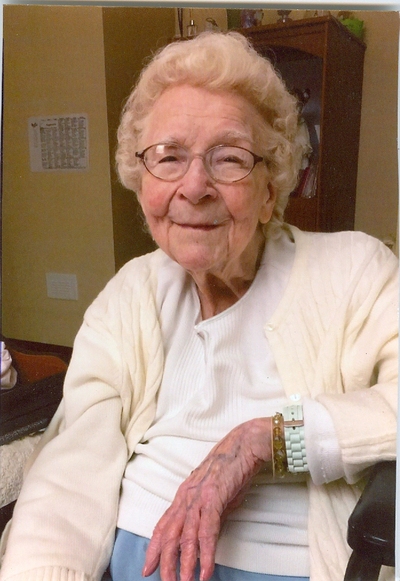 Mildred Marie Bradley was born on August 15, 1920 to Henry Prentice and Maggie Leora Bradley in rural Hughes County just outside of Holdenville, Oklahoma. Mildred came to Tulsa at the age of 18 to work for a prominent Tulsa family, the Barnards of the Chapman-Barnard ranching fame in Osage County.

She met Hillory Leroy Shelton during her stay in Tulsa, and they married in 1943 after Hillory returned home from South Pacific duty during World War II. They were married in a non-denominational church on 3rd Street in Tulsa, which, in later years became The Church Studio where Leon Russell recorded some of his most famous music.

To this union, a little girl was born. Judy Marie, born prematurely, only lived a few days. In 1946, Hillory and Mildred had a son, Michael Leroy Shelton. In 1950, they gave birth to another son, Joel Eugene Shelton. Finally, in 1952, they gave birth to their youngest son, John Prentice Shelton.

After working for the Barnard family, Mildred worked as a telephone operator, and then an elevator operator at Seidenbach’s Department Store. Later, Mildred worked as a bookkeeper for Greer Electric Co., a appliance parts company in Tulsa. After working for Greer Electric Co., Mildred chose to stay at home to raise the family in the house they purchased in 1950 at 525 S. Victor Ave., Tulsa.

While living in Tulsa, Mildred and Hillory cared for all four of their grandsons while the boys’ parents worked. They were lifelong, active members of their church, the Tulsa Baptist Temple, where they had many friends in Christ.

Mildred’s family continues to gather together to remember this remarkable woman who survived a century of adversity through the strength of the family she and Hillory built. Mildred naturally met everyone with warm giggles of laughter, hugs, kisses, and cheek pats, and always approached life with a deep understanding of kindness, love, forgiveness. Mildred maintained a very close relationship with Jesus as her redeemer, and shared His teachings with her family and friends at every opportunity.