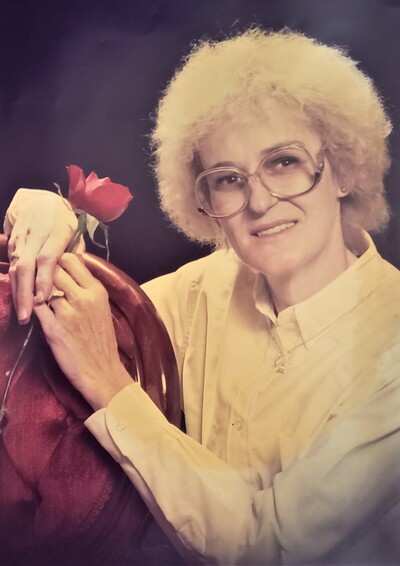 She lived almost her entire life in Oklahoma. She would leave for a time and then go back.  Its where she called home.  She left on two-week vacation in September of 2020 to Texas and decided to stay for the rest of her days there.  She had a procedure to help her swallow and enjoy eating on December 8th of 2021.  Five days later she was back in the emergency room with complications. She never came back home.

She loved her family, sometimes it was hard but she always did. She loved talking about her bowling trips and the unicorns she collected.  She loved Wednesday nights and watching all the Chicago shows on tv.  She loved Dancing with the Stars, Americas Got Talent, and General Hospital.  She tried new foods, Chipotles, Chick Fillet, Golden Chick, and Hoffbraus. I almost got her to where she wouldn’t order her steak well done.

She had new dishes she liked to eat and her old ones she had to keep, we couldn’t be without Jimmy Deans Biscuits and Gravy. She had a big party for her eightieth birthday with hats and cake.  She had champagne for new years eve and turkey and all the fixings for Christmas, including canned cranberry sauce, which she loved.  She went to the stockyards and sat on a long-horned bull. She had her picture taken with John Wayne and Robert Mitchum, they weren’t there however the cardboard life-sized stand-ins did just fine.

All of these new things and old things just made her think of and talk about her great grandbabies and how much she wanted to spend time with them.  She missed the Tulsa ones very much and embraced the Texas ones with the time she had. I think with all of this that I am going to miss her but knowing she is at peace and she has finally gotten to meet Elvis makes it a little easier.

She was preceded in death by her father, mother, husband, brother, daughter, and grandson.