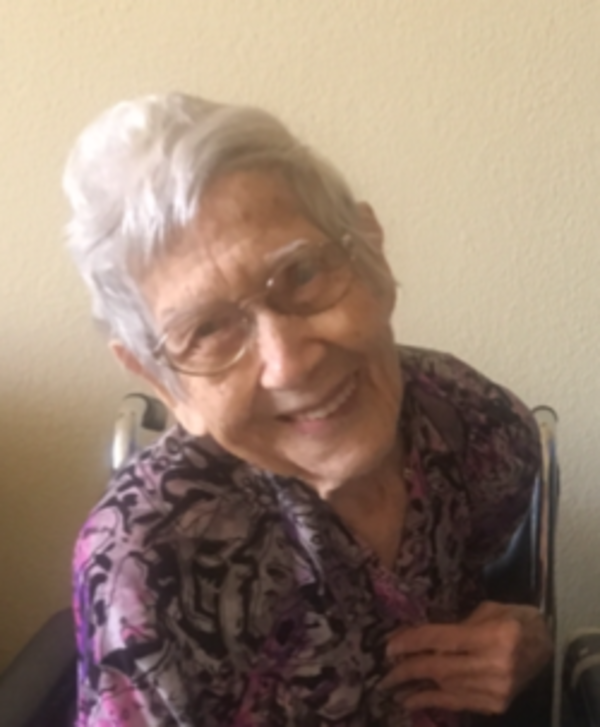 Opal Ervnia Tuttle Horn was born on April 27, 1919, in Cherokee County, Kansas to Ervin Linton Tuttle, Sr. and Bessie Wood Tuttle. She passed away on February 3, 2018 in Tulsa, Oklahoma, at the age of 98.

Opal married Merlyn Horn on January 1, 1941, in Rusk County, Texas. She was preceded in death her husband, her parents, a brother, Ervin Linton Tuttle, Jr., and a sister, Camilla Tuttle Brassfield. She is survived by two nephews, James (Jack) Brassfield and his wife, Linda of Roswell, New Mexico, and Robert (Bobby) Tuttle and wife, Ann of Beckville, Texas. She is also survived by a niece, Linda Schroeller and husband, Joe of West Plains, Missouri. Numerous great nieces and great nephews, and cousins also survive her.

Opal spent most of her life in Oklahoma. Sapulpa was where she and her siblings grew up. In the early years of her married life, she and Merlyn lived in East Texas, where he worked in the oil field. Later, she and her husband bought and operated a dairy farm in Woodward County, Oklahoma. When the work became too strenuous, they sold the farm and moved to Tulsa, where Opal worked as a secretary in the insurance industry for several years. Then, Opal became involved in real estate. She bought and managed apartments in the Tulsa area until her retirement. At the time of her death, she was a resident at The Villages of Southern Hills Assisted Living Facility, where she made many friends.

A graveside service will be held on February 9, 2018 at 10:00 am at the South Heights Cemetery in Sapulpa, Oklahoma.