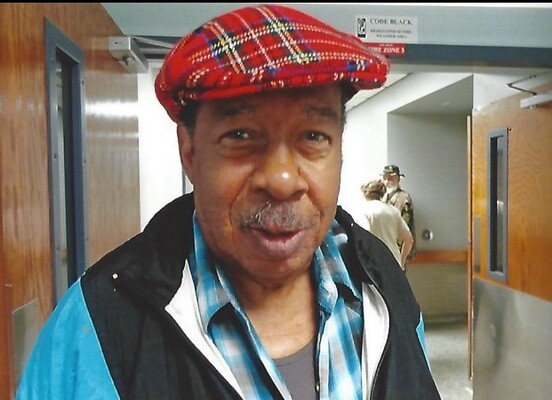 “We Reflect on a Notable Life!”

Quintis Cordell Johnson (Que) was born on October 9, 1947 to Forrest Johnson and Jean Bates in Chicago Illinois. Shortly after birth he moved to Tulsa, Oklahoma with his beloved father Forrest.

Que completed his education in Tulsa, Oklahoma and in High School (Booker T Washington) he met the love of his life Kathleen Bryant and from the union they had three (3) daughters Evelyn Louise Johnson, Ginna Johnson and Kendall Felicia Johnson. Quintis soon enlisted in the Navy where he served his country for several years and was released with an honorable discharge. During his time in the Navy he got his Electricians license and would later work for Southwestern Bell.

Que was always conscious of his appearance and hygiene. His hair had to be cut and brushed just right. Clothes had to neat and shoes shined for all occasions. What man keeps nails clippers and nail file on hand? That would be Que a “Classic Man”. He always had a twinkle in his eyes and pep in his step.

In 1985 Quintis started residing at the Claremore Veteran’s Center where he flourished as a provider for other patients taking on many jobs and tasks that he was so proud to talk about. An avid Dominos player he once played in the Annual Veteran’s Domino Competition at the State Capital against Governor Brad Henry and George Nigh and guess who won Que!!! As much as he liked Domino’s his first love was READING. His retention of the material that he read was amazing. Even up until the end Que could pick up a book and tell you what that book was about and also hold a conversation about what he liked or did not like about that book (if the book was not to his liking he would keep it but try his hardest to give it away). Let us not forget the “Rib Crib” his restaurant of choice and if a Western (show/movie) was playing on the TV he was all eyes and ears (his guilty pleasure).

Blessed are the pure at heart: for they shall see God