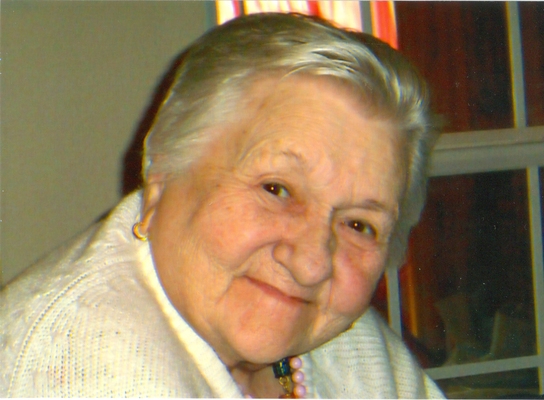 Retha Henrietta DunnBorn October 28, 1923 on a farm in Missouri

Retha graduated high school in 1942, then went to college for a short time until her brother Eldon helped her get a job at Camp Crowder in Neosho, Missouri. Camp Crowder is where Retha found her soldier boy, Russell. They were married in 1943. Retha traveled with Russell while he was in the service. Their daughter Kathleen was born in 1944.

They moved to Dallas, Texas, in the late 1940’s where she worked as a secretary and worked at the Republic Bank. In 1955, they moved back to the farm in Granby, Missouri, where they built a house to care for Retha’s parents and grandparents.

In 1980, Retha and Russell and Retha’s parents moved from their farm in Granby to Neosho.

Retha loved her grandboys so much and was excited about her great-grandgirls.

Retha loved to cook and garden. She canned everything while living on the farm.

She was preceded in death by her parents Berry and Alta Turner; husband, Russell Dunn; brother, Eldon Turner; and sister, Lavina Tobey.

She will be missed.