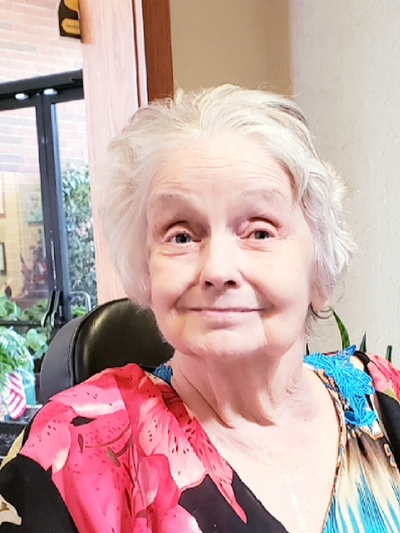 Ruth Gleynell Manning of Tulsa Oklahoma passed away August 8, 2020 at OSU Mercy Hospital at the age of 71. Her ashes are being placed in the columbarium with her beloved husband Wardʼs on Friday, August 14th at 12:30 pm at Fort Gibson National Cemetery 1423 Cemetery Road, Fort Gibson, Oklahoma.

Ruth was born in January of 1949 in Okmulgee, Oklahoma to parents Barbara & Warren. Despite being an only child she was very close to her cousins including Donald & Jeff whom she always referred to as her brothers. She attended Sapulpa High School where she met her first husband Ronald Porter. They had 3 children and were divorced in 1978. In 1984 she married Wallace ‘Wardʼ Manning and they were married for 32 years before he passed away.

She had many jobs over the years; most notably she taught cooking in the 70ʼs for Oklahoma’s OSU Extension, security guard, co-ran Marjak- a custodial company that cleaned Woodland Hills Mall, telephone operator for AVIS & Thrifty, and lastly a census taker for the US Census Bureau. She had many hobbies: horseback riding, ceramics, drawing, sewing & silk screening to name a few.