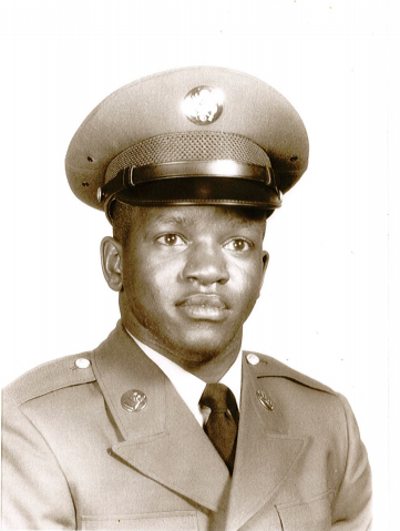 HIS LIFE AND LEGACY
Sam (they call me ‘Bo!’) was born June 14, 1944 in Tulsa, OK to Collie and Rosie Lee Bowler; the second born of the four children.  He attended Dunbar Elementary, Carver Jr. High; and a proud graduate of Booker T. Washington High School class of 1962.  It was at Carver, he grew an interest in sports management.  Here is where he developed his wrestling talent and became a manager for both the wrestling team and football team.  Later at dear Booker ‘T’ he took state for wrestling 2 years in a row!

After graduating, Sam enlisted in the US Army, there he was one of the favored cooks during his tour in the Vietnam War.  He was then honorary discharged in 1965.  After, he found and landed a career at Big Four foundry (Dover/Norris Rods) where he was a dependable worker and union member for nearly 30 years; prior to becoming disabled and retiring.

He met Jessie Vann and a son was born, Rico Lamont Bowler.  Later he met Betty Joan Peirce his first wife who he loved eternally.  To this union no children were produced and she later passed, after 6 1/2 years of marriage.  Time passed and he met and married Charlyne Edrena Miles, to this union one daughter was born, Michelle Nicole Bowler (Nikki).  A step daughter who he considers his very own; (and you couldn’t tell him different) Samone Renee Mitchell.

Two step sons Michael Orlando Moore and David Anthony Moore.  They were married 12 years, from 1980 to 1992.  Later he met Paula Ann Tibbs, and one son was born Samuel Lee Bowler Jr. (Michael Howard).  He affectionately considered her children his and they called him “Pops”.

Sam was loved in return by his whole family.  He sparkled with enthusiasm and a radiant smile whenever his family was mention.

Sam accepted Christ at a young age at Mt Carmel Baptist Church, under the leadership of Rev. Holley.

He fought a good fight. God knew he was tired, so HE said come with me my child and I will give you rest.