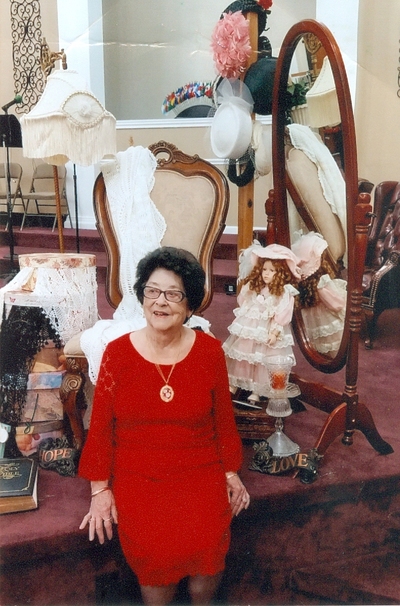 Wanda L. (Lane) Ballard went peacefully in her sleep and to be with the Lord in Heaven on February 27, 2020 at her home in Tulsa, Oklahoma. She was born on September 16, 1935 in Qualls, Oklahoma to Bradford Jackson Lane and Opal M. (Denny) Lane. She was the 3rd of 6 children. She lived in Cherokee County, Oklahoma and had a short stay in California during the WWII war effort while her parents worked in the Airplane Factory. The family returned to Tahlequah, Oklahoma in the late 1940’s.

She met and married Franklin D. Ballard of Tahlequah, Oklahoma, shortly after his return from a tour with the U.S. Army in Korea. Two children were born to this union, daughter, Deborah and son, Gary. Sadly, another daughter passed at birth in 1959.

Jackie worked for several different companies through years, but spent 20 years as a sales reservation agent for Axis Worldwide Car Rental, retiring in 1997. After a short period as a housewife, she decided to go back to work.  Being idle at home wasn’t for her so she did several part-time jobs until retiring again in 1999.

Jackie was a strong and faith-based Christian woman who loved her church family. She attended Woodlake Assembly of God for 20 years and Metro United Pentecostal Church for the past 8 years.

Sadly, approximately 3 years ago, she was diagnosed with Alzheimer’s Disease. However, her strong relationship with the Lord and savior made her more determined to battle it up until its conclusion. While it was a rough battle, her courage and conviction were an essential tool to carry on, which she did against many odds, as she has done with other extremely rough situations throughout her life.

Jackie was preceded in death by her husband, Frank; daughter, Debbie; parents, two brothers, and one sister, Ann Williams who was also her best friend.

She is survived by her son, Gary; 2 grandchildren and great-children, and brother, Jerry Lane of Tahlequah, Oklahoma.