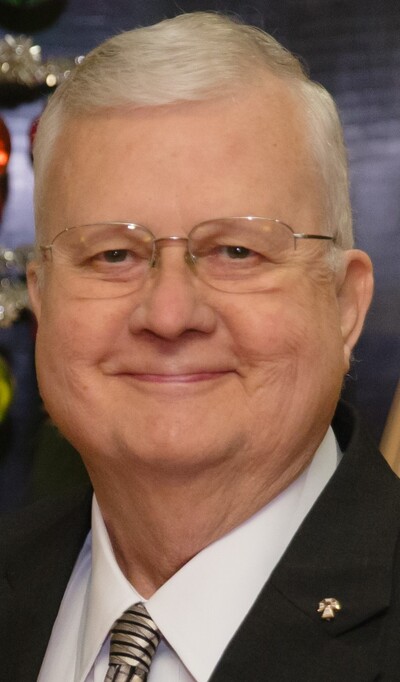 William “Bill” McKinley Dunn Jr. died on the evening of Friday, Dec. 10 while resting in his home in Tulsa. He was 78 years old. A memorial service will be held at All Soul’s Unitarian Church at 29th and Peoria in Tulsa next Sunday, December 19, at 4 pm.

Bill is survived by his loving wife Janice, his son William and his son John, his daughter-in-law Cecilia, his two grandsons Michael and Andre, his granddaughter Renee, his sister Mary Dupre, his long time best friend Joanne Dauphinee, and many nieces, nephews, and cousins whom he dearly loved. Bill was preceded in death by his father, William M. Dunn, his mother Carolyn “Carrie” Denton Dunn, and his sister Emma Lee Gaddis.

Bill Dunn was born in Tulsa, Oklahoma on August 10, 1943. His parents, who were born in Pickle’s Gap, Arkansas, just north of Conway, who had grown up together in a one-room schoolhouse in the early 1900’s, had moved to Oklahoma after they were married, and Bill’s father started Manhattan Furniture Company in Tulsa back in the 1920’s, whose legacy Bill continued after his father died. Bill’s father purchased some land during the 1930’s east of Tulsa, and some of Bill’s fondest memories were spending time with his family on this land while he was growing up. His father constructed a dam that created a lake beside which the family built a pine log cabin where they would spend weekends and longer periods of time during the summer months. Bill grew up fishing and duck hunting on the lake with his father, and there was a large garden whose surplus produce Bill’s mother Carrie would preserve by canning. Later, when Bill had his own sons, he would take them fishing on this lake as his father had done with him, always attentive to the beauty of nature. He loved to sit on the old wooden dock in the evenings and watch the fireflies as he listened to the winds in the trees and the call of the owls and whippoorwills beneath the nightly stars. But as a child he also appreciated the joys the city had to offer in a time when technology was quickly developing in the ‘40’s and ‘50’s. He loved to tell stories of how his older sister Mary would take him to the theater as child, which in those days were among the only air-conditioned buildings in town, and afterwards Mary would take him to the old-fashioned soda fountains in the old drug and dime stores of days long ago which served up such strange concoctions as “phosphates”, including the “cherry phosphate”, which no one hears of any more. In those days Bill would sometimes also take a long forgotten trolley that ran from Tulsa to Sand Springs with his Mom and sister Mary.

Growing up, Bill’s three aunts on his mother’s side lived in and around Corpus Christi, TX, and Bill spent a lot of time there throughout his life. He was especially close to his Aunt Chloe and Uncle Charles. Charles had served in the Navy during WWII, and Chloe, who always loved the sea, loved to fish, and would take her nephew fishing in the Gulf of Mexico, where he once caught a large sailfish that he had mounted. He loved to tell stories about the times he spent there, and he took his own sons there on many occasions when they were growing up.

Bill attended the following schools: Lee Elementary, Horace Mann Junior High, Cascia Hall, Central High School, and he graduated from Catalina High School in Tuscon, AZ. After high school he attended the University of Tulsa where he became a member of the Sigma Chi Fraternity.

Bill brought vision and growth to Manhattan Furniture. Notably, he built a new store in the path of Tulsa’s southward growth. He also found a location central to Tulsa’s freeway system and built a 100,000 ft. warehouse. An early adapter of computer technology, Bill took pride in his Levitz inventory system, tracking a piece of furniture through various stages of wholesale purchase, warehouse, showroom display, sale, and final delivery to the customer. In all he managed two stores, a warehouse, delivery fleet, sales, advertisement, and finance departments with a total of more than 70 employees. Bill highly valued honesty both in business and in his personal relationships.

In his younger days Bill loved to run, and he met his wife Janice in the Phoenix Running Club. Bill ran in the Tulsa Run in 1985 and 1986, and he also went on FreeWheel during those two years. He was also a member of the Tulsa Ski Club.

Bill always had a profound sense of wonder, an endless curiosity to learn about new things. He loved to learn the names of plants, insects, and birds, but his interests were wide ranging. He was proud of his Native American ancestry, and he and his wife Janice spent many years studying Native American history, culture, and lore, while attending Native American Festivals both in Oklahoma and around the country, especially in the Southwest. They both served as volunteers at Gilcrease Museum in Tulsa, which houses many Native American artifacts and paintings. Bill was a member of an archaeology club, a rock hounding club, The Audubon Society, The Sierra Club, and Tulsa Fly Fishers.

Bill loved history, and was a wealth of knowledge about the history of Tulsa. But he was also interested in the history of the wider world, and he travelled with his wife, children, grandchildren, and sister Mary around the world, all across North America, as well as Europe, and even parts of Asia. One of his most memorable trips was a trip to the Holy Lands in Israel with his wife Janice and his son William. He always spoke of his first visit to the Church of the Holy Sepulcher with a sense of awe.

Bill was passionate about the study of genealogy, and became the main genealogist for his family. He loved to travel around the country visiting old courthouses, libraries, and cemeteries, obtaining documents and records to learn more about the forgotten history of his family, which he then compiled into book form for his family members.

Bill was especially passionate about music, and he sang his whole life. As a child he was a member of the Tulsa Boy Singers, and as an adult he went on to sing in various musical groups including Vintage Voices. Throughout his life he attended music performances of all kinds whenever he had the opportunity. He came from a musical family as both his sisters were musically gifted.

In his last years Bill discovered a love and talent for writing, which took the form of memoirs written in an engaging colloquial style, which include many forgotten details of the older history of Tulsa. Many of these have been published in journal form, some of which are still forthcoming.

Above all Bill loved his family dearly, his wife Janice, his sons and grandchildren, his sister Mary, his nieces and nephews with whom he shared his happiest moments in life. He surrounded himself with pictures and memorabilia of family members both living and departed, and he was always organizing family gatherings. Because of him, and the full life that he lived, his family has been blessed by countless happy memories for which they are forever grateful. Bill was a prayerful man who asked his wife to join him in prayer every evening. He always knew that some day he would be reunited with his family members with whom he made his journey through this world, which he always knew is surrounded by a mystery that is deeper than we ever know in this life. Bill helped others to appreciate the great mystery of life as he awakened them to it by his boundless sense of wonder, and so he will be missed by many, as he is forever remembered in love and gratitude.

In lieu of flowers donations can be made to All Soul’s Unitarian Church, the Sigma Chi Foundation, or the Community Food Bank of Eastern Oklahoma.