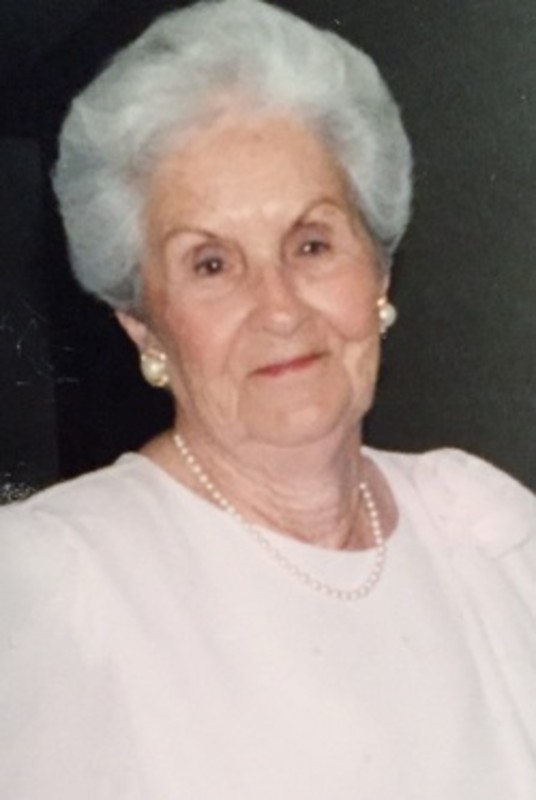 Winona Madge Wadlow “Madge” of Tulsa, Oklahoma passed away Wednesday, January 14, 2015 at the age of 97. She was born in Booneville, Arkansas on February 6, 1917 to Clarence and Gussie Lassiter. Madge is survived by her children: Bob and wife, Nancy; and daughter, Peggy Jackson and husband, Denny. She was a loving grandmother to four grandchildren, Devin Hill and wife, Dawn of Kansas City, MO, Jennifer Smith and husband, Derek of Tulsa, OK, Kristin West and husband, Derring of Frisco, TX, and Shelle Abshere and husband, Chris of Tulsa. Great grandchildren include: Stacey, Cody and Piper Hill, Mason and Addi Smith, Andersyn, Megan and Jonathan West, and Morgan, Macy and Molly Abshere. She is preceded in death by her husband, Clement R. Wadlow. Viewing will be at Butler-Stumpff Funeral Home on Friday, January 16, 2015 from 6:00pm-8:00pm. A memorial service will be held 2:00pm, Saturday, January 17, 2014 at the University Village Chapel. Condolences may be left on the guestbook on this page. A poem written by Nancy Wadlow for Madge’s 90th birthday: Madge was “Sis” to Matha Dell and four ornery brothers To all of the boys she was more like a mother They walked a long way to school every day And all worked so hard, leaving little time for play Madge and Clement got married in 1935 For over 70 years their marriage thrived They lived on a farm and times were quite lean Madge became a great cook, but she really loved to clean! Madge and Vesta were friends and walked to the store, They laughed and ate marshmallows and still wanted more She traded eggs for their food, wanting to carry her load A horn from behind made them fall in the road Along came their children, first a beautiful boy Then Peggy arrived, Oh what a joy! Their family complete, life was never a bore Madge had her hands full with numerous chores She was teased for her cleaning, given tests with white gloves She sewed, starched and ironed; it was all done with love When her kids were teenagers Madge took a job She wanted to buy clothes for Peggy and Bob From Tulsa they moved back to the farm They lived in a hill, protected from storms Both kids had now married, grandchildren were coming They retired from their jobs, and things really started humming Madge and Clement had motor homes they took high and low Madge loved to travel and was always ready to go When staying in Idaho she canned apricot preserves I’m sure you’ll agree a blue ribbon she deserves! Our family has had fun with games over the years Balderdash” laughter resulted in tears Different card games – we’ve played quite a few Our all time favorite memory is Sunday lunch with you. Your kind, loving ways we all want to emulate More people like you would make this world great God has -blessed-us so much with you in our lives We honor and thank you with all of our might So, Madge, our matriarch, friend, grandma and mom We celebrate today how far you have come You are an inspiration – constant, gentle and true You are 90 years young! Happy birthday to you!