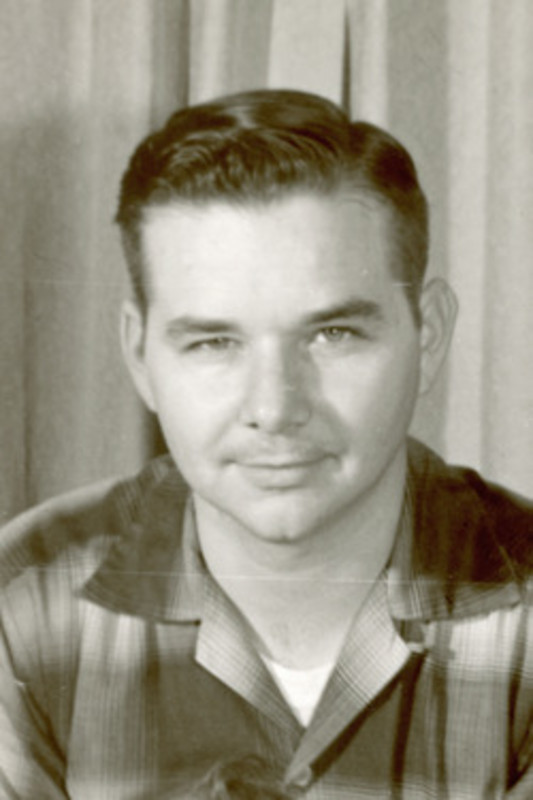 Bill was born July 6, 1930 in Mineral Wells Texas, to Horace Harrison Morrow and Grace Lou Erwin Morrow. He lived in Mineral Wells until the family moved to Graford in 1935.  Bill was baptized by Trine Starnes in the Graford City tank in the summer of 1942, and graduated from Graford High School in 1947 along with his 11 classmates.

While in Graford he took his little brother Big Erwin to the doctor for emergency treatment for a work-related injury. It was at the doctor’s office he met Betty Gambrell, the person who would become the love of his life. They were married in April 1952 in Bill’s father’s home in Graford.

Bill served in the Army during the Korean War, and later attended Texas Christian University. He worked as an accountant for many years for Amoco Corporation, originally Standard Oil & Gas Company He and his family lived in the Fort Worth area until Amoco moved its operation to Tulsa in 1966. He and Betty spent most of their lives in the Tulsa area, first in Broken Arrow, later moving to the first desegregated housing development in Tulsa.

In retirement, he and Betty moved to a retirement community, spending time assisting their neighbors with travel to medical appointments, help with meals, assistance with paperwork, red tape, income tax filing and companionship. Bill loved helping others, fishing, reading, traveling, playing 42, good food, cooking, visits to Las Vegas and the local tribal casinos, and hanging out with friends, family and especially his grandchildren. When he couldn’t hang out with the grandkids he enjoyed sending them care packages, like that too-good-to-pass-up half price candy the day after Easter.

He was preceded in death by his parents, four brothers who left this world as infants, sister Sammy Couger, brother-in-law Jack Couger, brothers Erwin Morrow and Dan Morrow, his two beloved yorkies Herme and Dite, and his bride of almost 65 years, Betty.

As he returns to his native Texas one last time he will rest for eternity next to his beloved wife.Viewing will be Friday, August 11, 9 a.m. – 8 p.m. at Butler-Stumpff Funeral Home, 2103 E. 3rd St., Tulsa. Services will be at noon on Saturday, August 12, at Woodland Park Cemetery, 3600 Oak Street South (U.S. Highway 281 South), Mineral Wells, Texas.