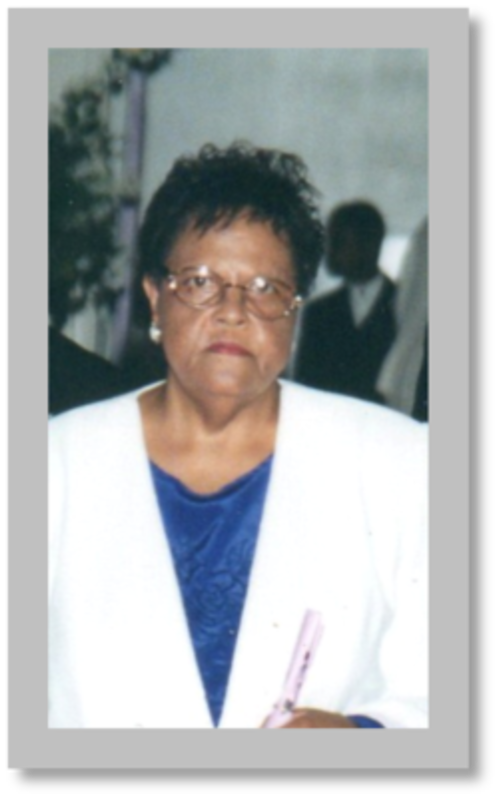 Charlesetta Carter On April 5, 1937, Charlesetta was born to Farmer and Evelyn Todd. She was the oldest of 5 children born to the union. At an early age, Charlesetta was christened and raised in the Catholic Church, but later joined and attended St. Andrew Baptist Church with her husband. Charles received her formal education by attending St. Monica Catholic School in Tulsa, Oklahoma. She began her career at Palace Cleaners, which provided the opportunity to learn the dry cleaning business. After years working for others, Charlesetta decided to open her first business, 46th St Cleaners. She later purchased her next business, Hub Cleaners, while working side-by-side with her mother at Todd’s Laundry. On November 8, 1958, Charlesetta married her soul mate, Herbert Carter, and they have spent the past 55 years together. Charlesetta and Herbert shared a spirit for entrepreneurship and service. They founded Northside Fence Company and for 42 years they provided high quality fencing products and services for the city of Tulsa. Together they prevailed as a rock for their family and the community. Herbert remained by her side as a devoted husband, partner, friend and protector throughout her illness. Charlesetta was known for her giving heart and its warmth extended beyond just her family. She once encountered a stranded family living in a lake park. They were without food or money and living in their car. The lady approached Charles and asked if she would give her kids something to eat. Being the person she was, Charles gathered all the food and money she had on her and gave it to the lady. The lady told her, “I will pay you back,” and Charles replied, “You will never see me again.” The lady then smiled and said, “Yes, you will.” Charles believed she met an angel that day and has been blessed over and over again for her beautiful actions. On April 17, 2014, after many years of illness, Charlesetta went to be with her Lord and Savior. She was preceded in death by her father, Farmer Todd; sisters, Margie and Yolanda; and brothers, Irvin and Kenneth. She leaves to cherish her precious memories: her spouse, Herbert L Carter; her children, Cynthia Record-Samuels (Vernon) and Jerry Record of Tulsa, OK; her mother, Evelyn Todd of Tulsa, OK; her sisters, Mary Todd, Tulsa, OK, Barbara Gipson, Springfield, VA, Lois House and Mayola Todd, Oklahoma City, OK; and her brother, Leonard Todd, Aurora, CO along with 8 grand children, 30 great grand children and 3 great-great grand children, aunts, an uncle, nieces, nephews, cousins and friends. Service Information Time: 25-Apr-2014 11:00AM Location: St.Andrew Baptist Church Address: 3115 N. Garrison Ave. Tulsa, OK 74106