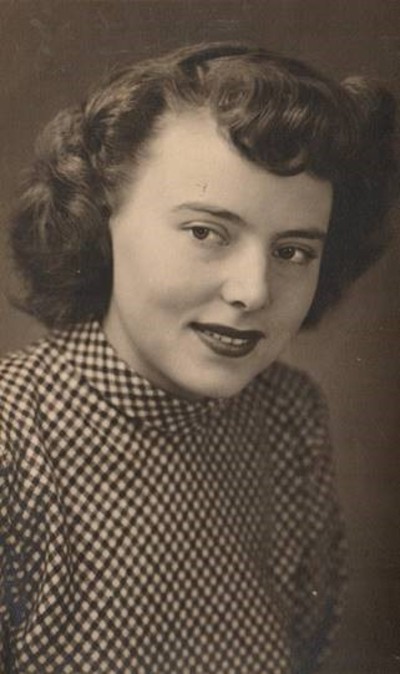 Erna Lis (Noni) Wilson of Springdale, Arkansas passed away Sept 4th, 2019 surrounded by family and friends at Willard Walker Hospice in Fayetteville, AR. At the age of 93 she would always tell those around her “Growing old ain’t for sissies!”, yet she aged with such grace.

Erna, born Erna Florentina Lis of Antwerp, Belgium in 1926 to parents Joannes Leonardus Lis and Clemintina Maria De Beule, lived an extraordinary life in an extraordinary time. During her teenaged years and in May 1940, her hometown of Antwerp was invaded and occupied by Nazi Germans in their pursuit of world domination. Life was hard and freedoms were curtailed for all Belgian citizens. Rations and subjugation became the norm with many friends and families impacted and even killed.

On September 4th, 1944, Antwerp was liberated by Allied Forces as they pushed backed the Nazi occupation, in pursuit of reclaiming Europe from Hitler. Being a part of this time in history, she decided to work for Allied Forces, as she felt it was her duty to help rebuild and reclaim her country. It was at this time that she met her future husband, Stephen Fred Wilson – U.S. Army, who was serving in the armed forces in the area. After they married in 1947, in Germany, they had a son, Stephen Fred Wilson Jr. and eventually emigrated as a family to the United States in 1953. Her lifetime of adventures also took her, via military assignments, to live in Paris, France and Panama, Central America.

Once in the U.S., she and her family found her home and love for Oklahoma. There, Erna worked and eventually retired from the Employment Security Division office as its manager in several cities including Muskogee, Okmulgee and Tulsa. She took great pride in helping others and this opportunity allowed her a fulfilling career.

Erna was a Daughter, Sister, Army-Wife, Army-Mother, Grandmother and Great-Grandmother and friend. Erna was also an avid dog lover and was always an advocate for shelter adoption.

She is preceded in death by her husband, Stephen F Wilson Sr and her only child, Stephen F Wilson Jr. and lifelong US/Belgian best friend Marie Roberts of Tulsa. Erna is survived by her Sister and brother-in-law Lea (Victor Wybauw) Lis of Belgium; former daughter in law Paula Schultz of Hot Springs, AR; Grandchildren Steve (Michele) Wilson of Springdale, AR and Stacie (Chris) Hartsfield of Mobile, AL along with 4 great-grandchildren: Hunter Wilson, Parker Hartsfield, Lily Wilson and Reagan Hartsfield. She is also survived by her beloved friends and fellow US/Belgians, Marleen Van Den Bossche and her wonderful family along with many other friends she cared about very much.

Erna’s interment will be located in Fort Gibson National Cemetery. Her final resting place will be alongside her husband and son. Services, led by Chaplain Roger Sheppard, will be held September 27th , 2019 at 12:00 noon.

A very special THANKS to Willard Walker Hospice in Fayetteville, as you allowed her final moments to be held in such a loving and caring environment.

In lieu of flowers, please support your local non-kill animal shelter, as this was a lifelong passion for our beloved Erna. Noni, we will always carry your memory in our hearts!