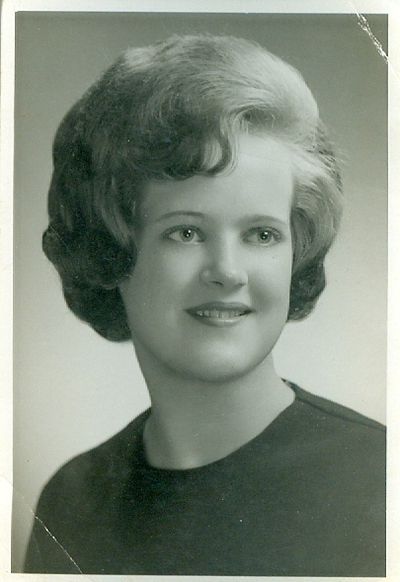 Joyce Christine Hamilton (Roberts) King was born October 20, 1943 in Halifax, Nova Scotia, Canada to parents Clyde and Marjorie (MacDonnell) Hamilton. She grew up in a large, loving family with 8 sisters and three brothers.

After leaving school to help support her family she worked various jobs including as a Nanny and a department store clerk in Maine. There she met her future husband Richard Roberts, an American Serviceman. They married in Maine in 1965. His Air Force career took them all across the country and Canada before he retired in 1978 and they settled in Oologah, Oklahoma. They welcomed four children together.

Richard passed away in 1983 and Joyce remarried to her new love Don King in 1987 and were together until his passing in 2008.

Joyce was known for her incredible skills in the kitchen and she cooked for several restaurants in Oologah for years. Her lasagna was legendary and is still remembered by all lucky enough to have eaten it. She always cooked a special birthday dinner for her kids and their friends and when we polled our friends on what they’d like her to cook it was usually her lasagna, roast beef or chicken burgers that won.

She spent many years working for her dear friends the Trummels at Trummels Drug Store where she never met a stranger and knew everyones name. Later she changed careers and worked at the Whirlpool Corporation where she learned to drive a fork lift, much to the shock of anyone who had driven in a car with her. She worked there until an injury forced her to retire.

Joyce’s greatest joy in life came when she became a grandmother. “Nanny” loved spending time with her ten grandchildren. She loved spoiling them rotten, playing in the yard, teaching them to garden and nursing them when they were ill and their parents needed a break. She was never happier than when she was with her grandbabies and was so proud of each of them.

Joyce is survived by her four children: Nancy Stewart and husband David of Valliant, OK,  Randy Roberts of Georgia, Teri Robinson and husband Sean of Claremore and Kevin Roberts and partner Nikki of Skiatook, Ok. Her grandchildren Jennifer and Dustin Stewart, Michael, Morgan, Mariah and Megan Robinson and Cody and Logan Roberts, Brandi Spradling and husband Jake and Tristan Vickers.

She was preceded in death by her husbands Richard Roberts and Donald King, her infant brother John and her poodle “Gus”.