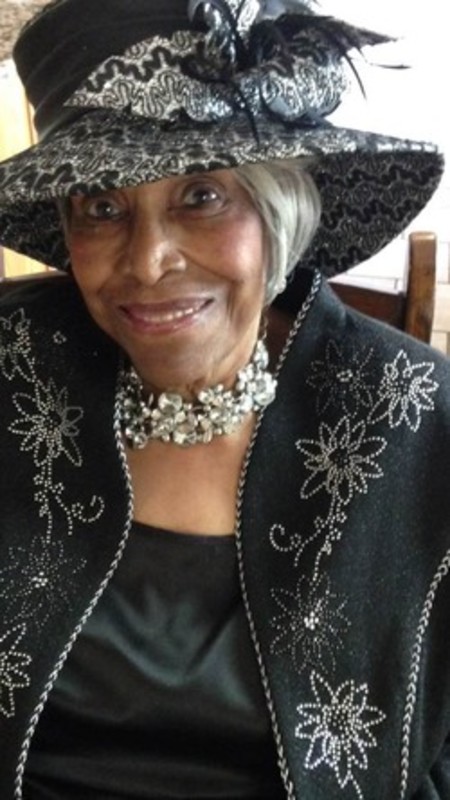 Four score and nine years ago, in a town called Clearview, Oklahoma lived a man and wife. Wyatt and Veatrice Mason, and their two children. This happy family of four anxiously awaited the arrival of their newest family member. Who would she look like? How would she sound? Would she be tall or short? Many questions filled their minds as they became more and more eager to see their newest addition. On September 18, 1928, their wait would be no more. Juanita Mason was welcomed into the world by their loving family.

As the years progressed, the Mason family would welcome more children into their lovely family, each of them wonderfully different. Their names were Lottie, Ceola, Nolan, Sylvester, Hurldine and Wyatt. In the end, Juanita would stand as the third of seven children from Wyatt and Veatrice Mason.

Wyatt and Veatrice raised their family in the Weeleka, Clearview, Norfolk, Okfuskee County area of Oklahoma, where Juanita and her siblings attended the Clearview Public Schools. On many afternoons, after finishing her school lessons, Juanita would run to the kitchen to fix herself her favorite snack made of sorghum syrup and butter or occasionally a batch of hot buttered biscuits.

As the years rolled on, Juanita moved from elementary, to middle, and finally to high school. It was during this time that she would meet and marry her first love, Mr. CB Jefferson. The two met in the Oklahoma countryside, fell in love, and married in June of 1948. The following year, Juanita would don a cap and gown as a graduate of the Clearview High School class of 1949.

Not long after graduation, Juanita and her husband, CB Jefferson, moved from the countryside where they had met and married, to Tulsa, Oklahoma. In time, all of the Masons moved to Tulsa, except for Lottie and Nolan, who remained in Clearview. Through the years, the two welcomed seven children into the world, each of them as wonderfully unique as the Mason family whom Juanita had loved as a child and into adulthood. As a mother, she could ask for nothing greater.

Her cup was full, as she welcomed each child into her love-filled life. There was a Carolyn, Evelyn, Raymond, Marilyn, Terrye, Julius, Irma and a host of son- in-laws, daughter in-laws, grandchildren and great-grandchildren.

Known for her skills of management and organization, Juanita established herself as an amazing employee of the State of Oklahoma, serving as a Lead Charge Supervisor at Hissom Memorial until her retirement. Though she was a well-respected employee, she always made sure to make time for her most prized possession – her family. One of the most memorable family gatherings began at Momma Jeff’s home on Christmas Eve, where the family gathered together with each member becoming a child again, giving thanks and praises to God and enjoying fun times with each other.

On Monday, May 28, 2018, Juanita transitioned to glory, putting on a new body and a new crown where she will be reunited with her relatives: (Parents) Wyatt & Veatrice Mason, (Siblings): Lottie, Ceola, Nolan, and Hurldine, (Son): Raymond, and (Sons-In-Law): Larry and David. She is survived by: (Siblings): Sylvester Mason, Wyatt (Helen) Mason, (Children): Carolyn, Evelyn (Milford), Marilyn (Elroy), Terrye, Julius (Janetta), and Irma (Eric), along with special daughters Bridgett, and Cassandra Oliver, and a host of grandchildren, great-grandchildren, cousins, nieces and nephews.

She lived a life to be desired by many. All in all, the one word to describe this woman whose life has spanned nearly nine decades, is lovely, simply lovely.Services will be held Saturday, June 2, 2018 at 2:00 p.m. at Sanctuary Evangelistic Church.Visitation will be held Friday, June 1, 2018 from 3:00 p.m. to 8:00 p.m. at Butler-Stumpff and Dyer Funeral Home.