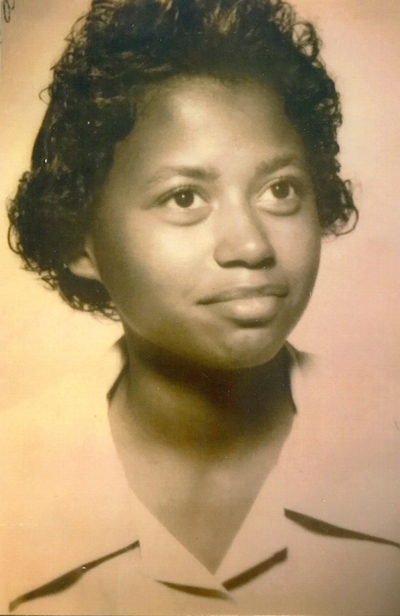 Brenda Joyce Alford was born March 28, 1947 to Mary Carroll and Curtis Alford in Weleetka, Oklahoma. She was the oldest of two children. At age 4, she lost her mother and was raised by her grandmother, Gracie B. Carroll. Brenda accepted Christ at an early age. She attended Weleetka Public Schools where she participated in band playing the flute. Brenda met the love of her life, Robert Ronnie Lee Carter, Sr. while attending school in Weleetka. In their union, they were blessed with four wonderful children: Robert Jr., Evelyn, Diana and Gwenetta.

Brenda was self-taught and highly intelligent. She worked many jobs over the course of her life. She was a proud member of the Johnson Co. Sherriff’s Dept. as well as Southwestern Bell, AT&T. But the job she was most proud of was Emery World Wide where she dispatched cargo planes and made great use of her ability to speak many languages. She later retired from Osage Casino in 2015.

Brenda spent much of her time teach her grandchildren “things that were incorrect in history books” and to always “tell the truth.” Brenda was a kindhearted person even if she didn’t have much, she would share with you what she did have.

A self-proclaimed “nosey” person, she always wanted to know what was going on with her family. She was always willing to offer a stern or kind word and plenty of prayer. Brenda was very proud to see four generations of women thrive and prosper.

There isn’t one word to describe Brenda. She answered to many names: Mom, Grandma or “uh-huh” as she was affectionately called by her great-granddaughters. Se was one of a kind and will be missed dearly.

As sad as it is to let her go, let’s all get excited for the reunion that has been a long time coming. Those meeting her at Heaven’s Gate include her grandmother, Gracie B. Carroll, aunt, Lee Etta Hines, uncle, Jack “JC” Carroll, uncle, Lee Edward Carroll, mother, Mary Carroll, brother, Anthony Cleveland, husband, Robert Ronnie Lee Carter, Sr. and her daughter, Gwenetta Carter.

A graveside service will be held on Tuesday, December 29, 11:00 a.m., at Fairlawn Cemetery, Weleetka, Oklahoma.