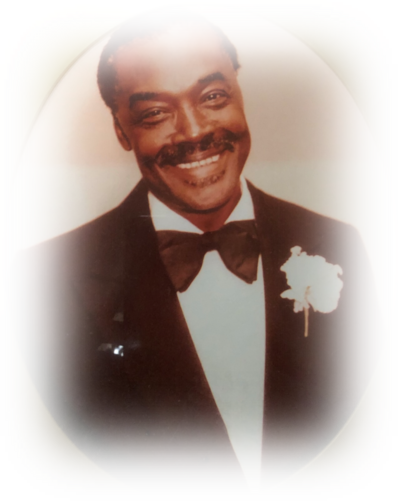 Thomas Porter Harris, Jr. (known by all as Tom P. Harris) was born June 5th, 1936 to Thomas Porter Harris, Sr. and Mary B. Mitchell in Haskell,Ok.  The 2nd of 12 children, Tom attended Booker T. Washington Highschool in Haskell, Ok. After graduating from High School Tom served his country in the United States Army from 1956 to 1957.  Upon his return to the States Tom  began a job at Sears Robuck, Co which lead to a thriving 20 year career with this company.

Tom was also a successful entrepreneur. He had a great love for cars  and created a booming car sales business that would eventually lead him to the love of his life: Janet Delpratt. In 1993 while Janet was in the market for a vehicle she stumbled upon Tom’s Car Lot and the rest is history. In 2000 Tom and Janet were married and have enjoyed 21 years of marital bliss.

Tom also had another love: Animals! All who knew Tom also knew he had a farm filled with exotic animals including Lamas, miniature horses, potbellied pigs, rabbits, hogs, goats, cows, ect. Tom also enjoyed playing jokes and pranks on Family and Friends. Some of his favorite hobbies included: watching the Price is Right and the Young and the Restless religiously, Dancing mostly to Motown music, Playing cards, checkers, backgammon and other games. And of course…you could find him EVERY SATURDAY at a garage sale sharing his smile! Family, Farming and caring for his animals filled his days with life and love.

Tom was called home and granted his angel wings on Tuesday January 19th, 2021. He was greeted at heaven’s gate by both parents (Tom Sr. and Mary Harris), brother Leroy Harris and sister Rosalita Risby.

Due to the current Covid-19 restrictions, seating is limited. We encourage those who are not family but would like to attend the service, to join the live streamed broadcast. Instructions on how to access the live stream can be found below.

TO WATCH THIS SERVICE LIVE PLEASE FOLLOW THE STEPS LISTED BELOW

*Before clicking the link below, please make sure you have noted the Event ID & Password*

You will be prompted for an email/event ID, please enter: ButlerStumpff